We were invited by a Central Coast friend to fish off his boat on Brisbane Waters during Easter. It was a calm, cloudy day. I particularly liked the calm bit as I get seasick pretty easily.

We anchored off the village of Davistown, which was supposed to be a good spot. I was a complete fishing novice, but Hubby and his mate L were pretty serious about getting a catch, with a tackle box filled with lures and sinkers, and three types of bait at the ready for every eventuality. 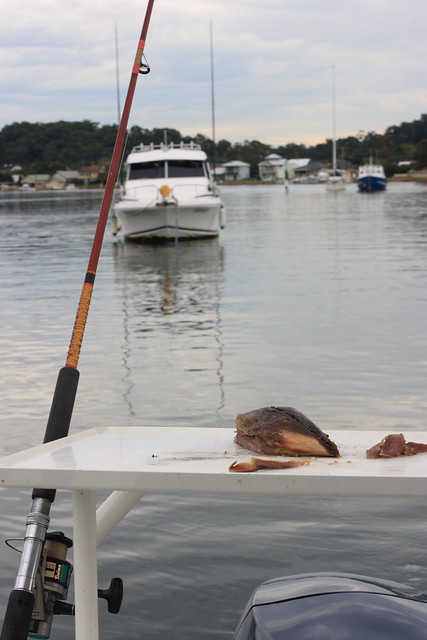 I did get my first catch – a bream – but it was so small that we had to throw it back. In the end, it was L’s son that got the biggest catch that session. 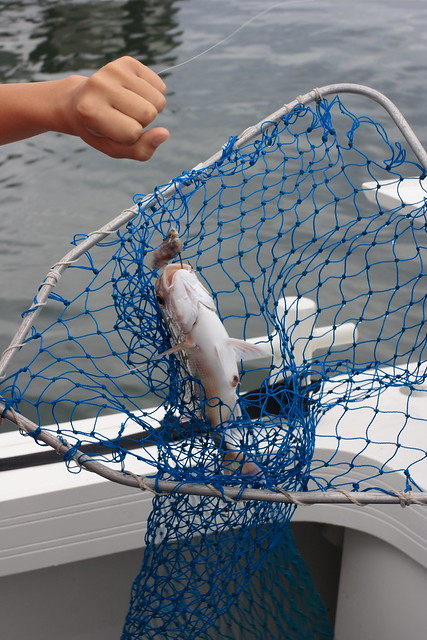 The rest of the time was spent fighting the seaweed that got caught on the line and prevented any significant fish from taking the bait. It didn’t matter to me that we didn’t get anything as there was still the reflections and delicate light to capture. 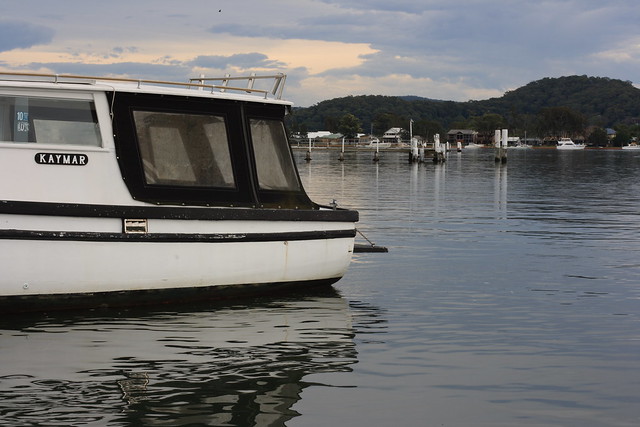 Hubby and L did get their fish in the end. They had another go at night, and they got a bumper catch – some six eatable fish.