The construction of the telegraph line was a mammoth undertaking, but crucial to Australia as a nation. It meant that communications to the wider world (particularly to the Mother Country), need not take months, but hours. The line was build through the middle of the country, from Adelaide to Darwin, where it met with an undersea cable to Indonesia (or the Dutch East Indies, as it was then called).

Camels were used to haul gear – and they needed handlers – hence Afghani, Pakistani and Indian cameleers came with the camels. It took a couple of goes to get the materials right – the earlier wooden poles were chewed to the ground by termites! 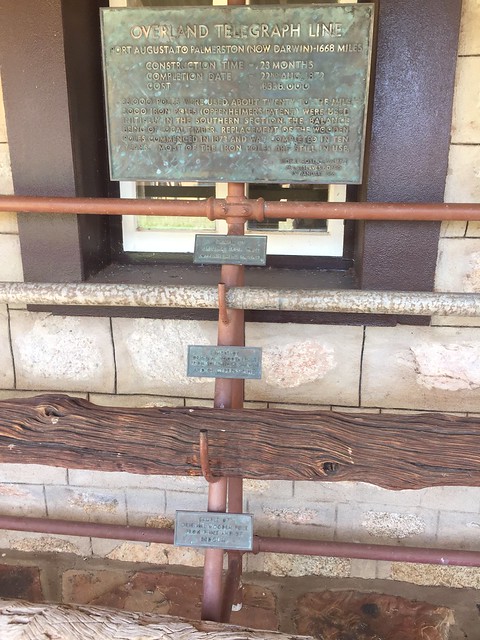 There were no satellites back then, so the signal needed to be relayed after a distance. A series of relay stations were established, and Alice Springs was one of them.

Afterwards, the line had to be maintained. So a whole army of men, called linesmen, were dispatched along the line to inspect and maintain it in shifts. What a job they had, especially in the desert summer heat. 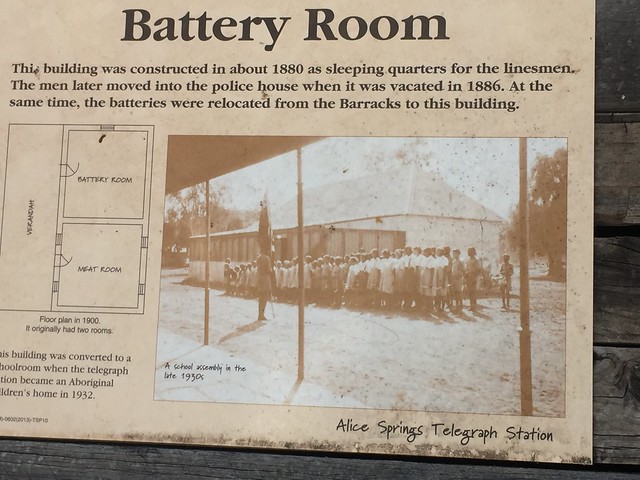 Black and white relations in the Red Centre has a chequered history, like in much of Australia, but it wasn’t all bad. This stationmaster had a particular respect for indigenous people and culture and went on to write a book about it. 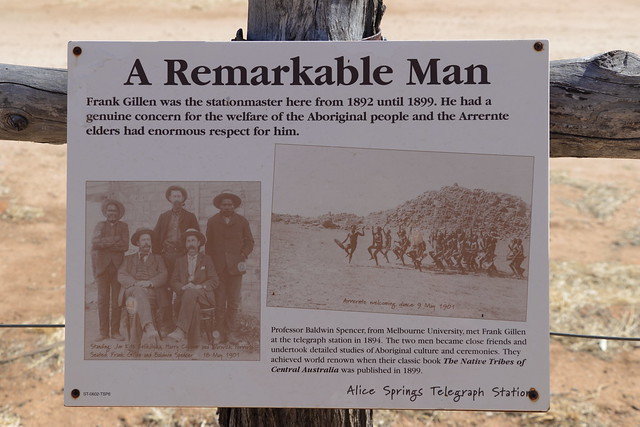 Jumping on to the bus, we were off around Alice Springs for our tour. 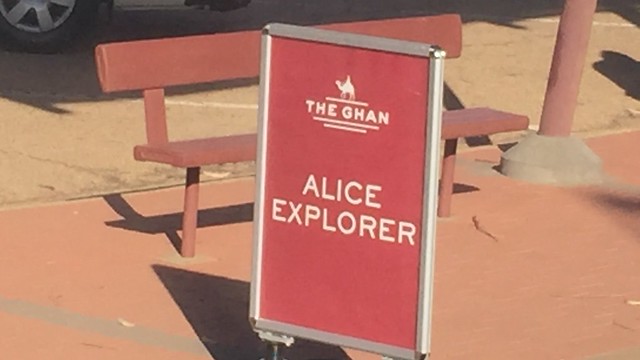 Our first stop was at the Old Telegraph Station – the reason that Alice Springs was founded in the first place. 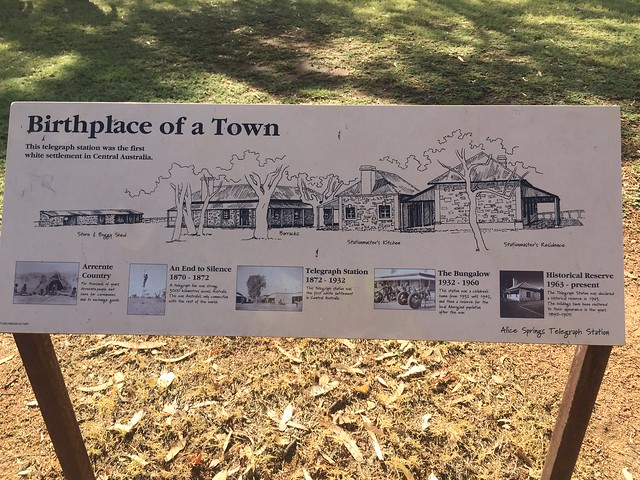 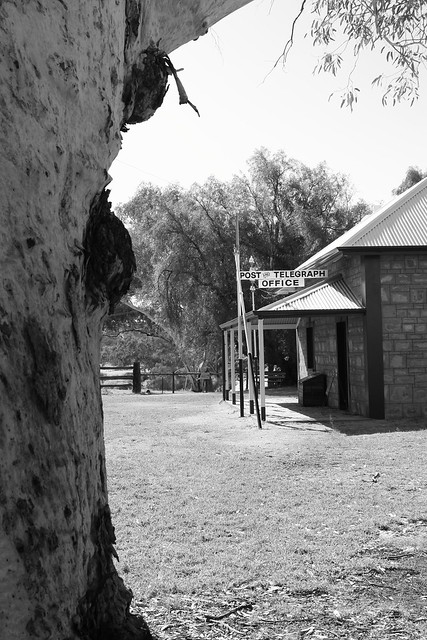 The early explorers thought that this place had a permanent water source. Unfortunately, they didn’t realise that the area had just had a downpour, and that the springs were only temporary. 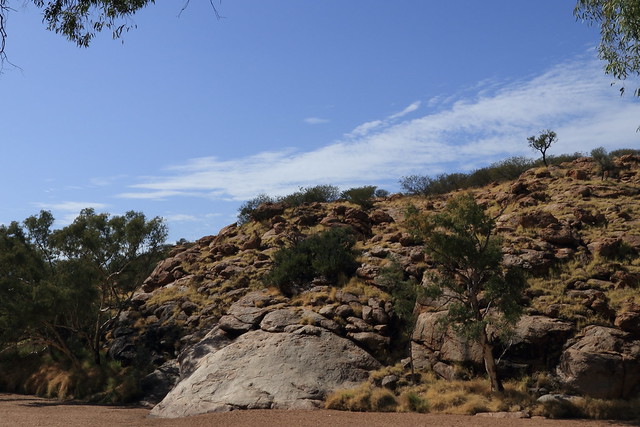 We saw some wildlife though – a rock wallaby in particular – so there must be some water somewhere out there, though not enough to sustain a settlement. 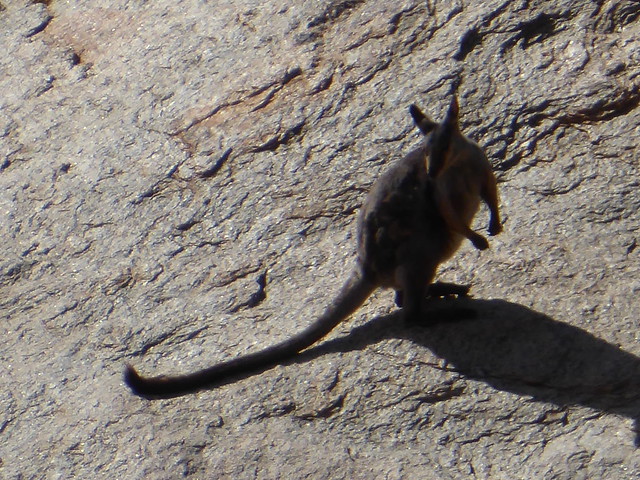 The next morning, we were up with the sun for breakfast. 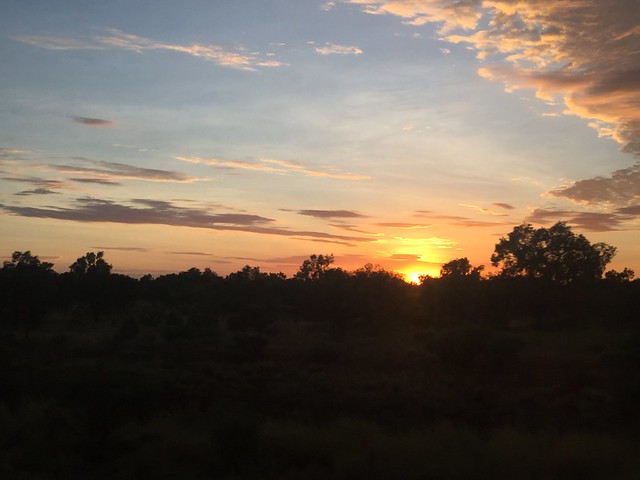 As dawn rose, it was obvious that we weren’t in the Top End any more – everything was red! 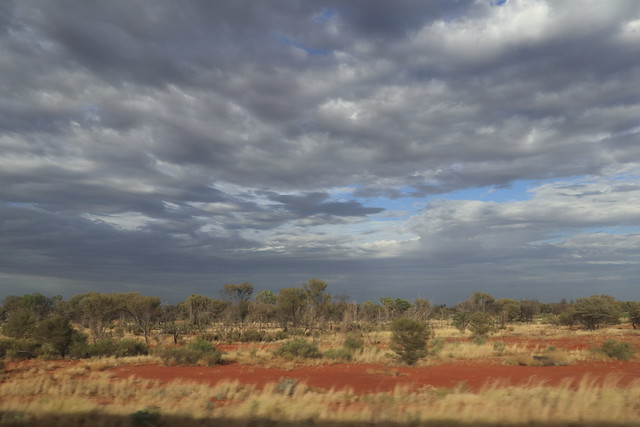 We must be getting close to Alice Springs for sure, and on cue, the magnificent MacDonnell Ranges made their appearance. 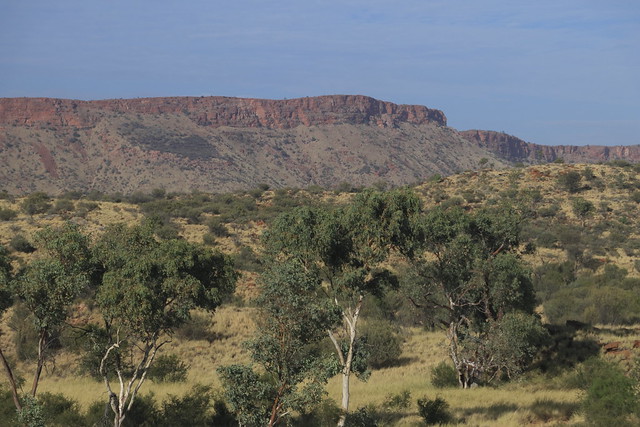 The rainstorm lasted less than ten minutes – brief like most Northern Australian storms. The clouds very soon cleared, and it was as if it had never been. 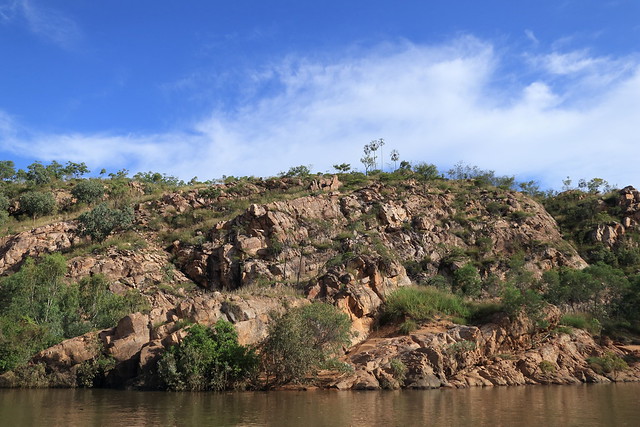 As we cruised back to our starting point, we were able to enjoy some beautiful afternoon light, and temperatures that were 10C lower than when we started. 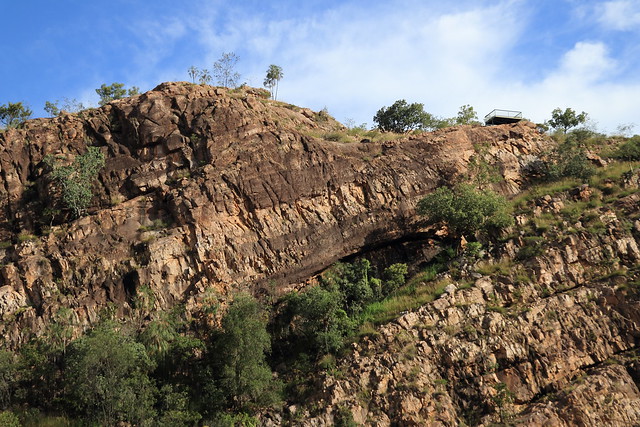 Then it was back to the train, ready for our next off-train adventure.

Rain is a big factor in the Gorge in the Wet. These trees were bent at an incredible angle by the sheer force of water that rushes down-stream. 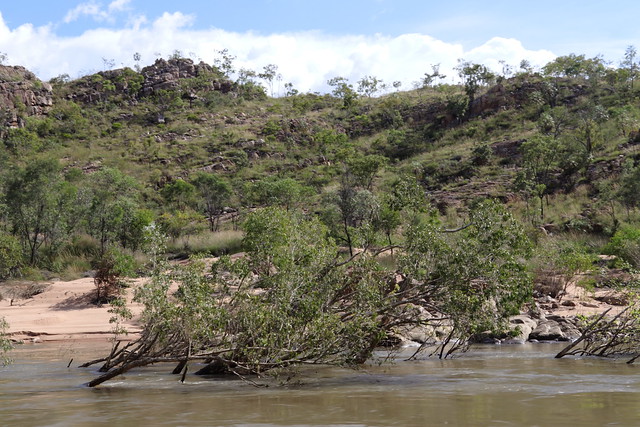 And sure enough, rain wasn’t far away that day. I had just landed to view some rock art… 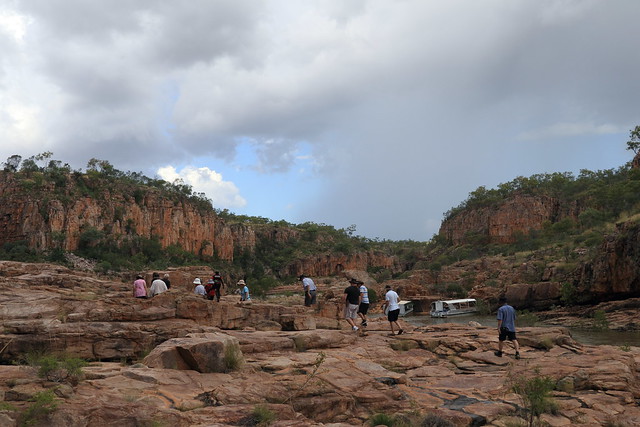 When the rain came rushing down. Even the pandanus looked forlorn. 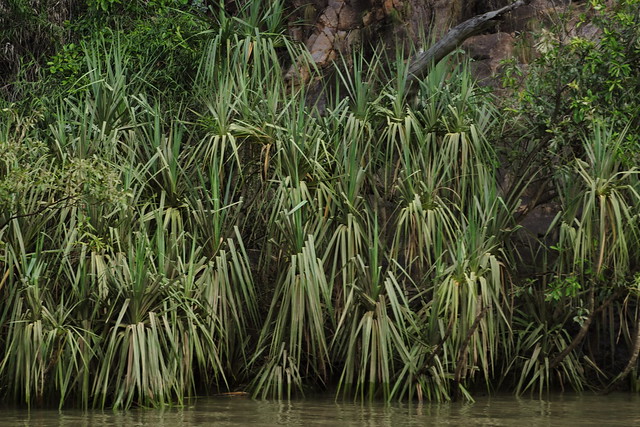 The temperature dropped by 10C in a matter of minutes. Fortunately, I did get a quick glimpse of the 3 metre high rock art on the cliff face before I was forced to return to the boat. 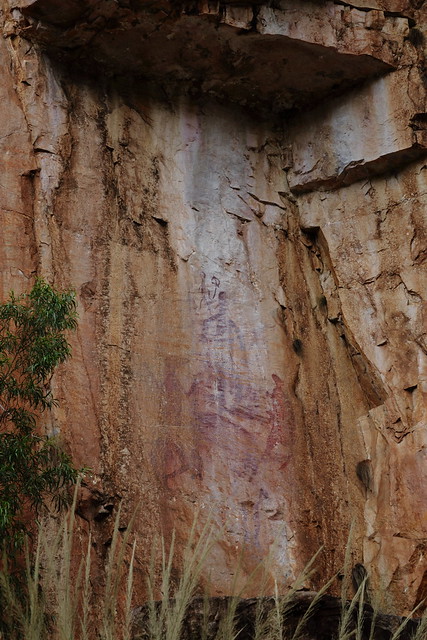