I was quite inspired by Joan’s posts around her home in the Blue Mountains, particularly how it’s changed in the last few years by the extensive roadworks. It reminds me that the area around my home in the Sydney suburb of Kingsgrove is quickly changing too, and that it’s a good time to document it before it changes completely. I also thought that it might be good to capture all this on film instead of digital, since the suburb is full of mid 20th century architecture.

Kingsgrove is a suburb in the south of Sydney that sprang up in the early days of World War II. During the war, they small (by 21st century standards) but solid homes, making use of what was available. Around here, it was from brick since the entire suburb is on clay and there were brick and pottery works abound. Our house is a prime example of that. 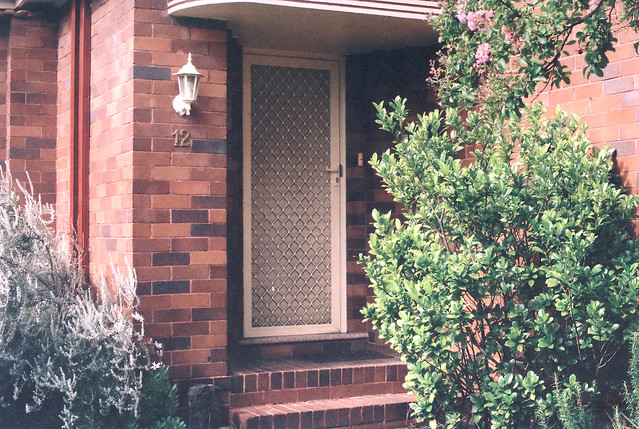 Walking down the surrounding streets, you could see that there are many homes of my vintage. 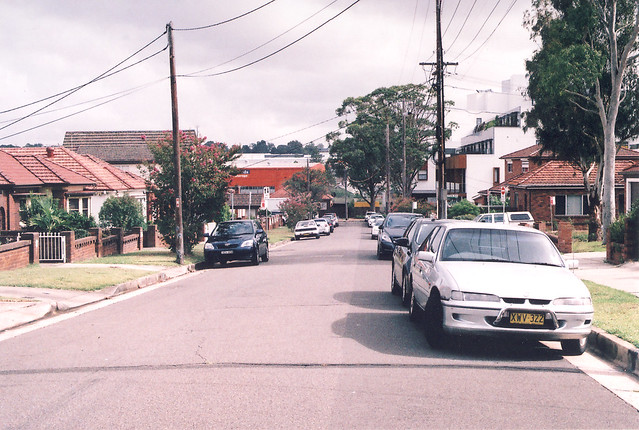 But changes are afoot.