The trees at Running Waters were eucalypts of course, but very different ones to the ones found in the east. On the sand flats are the river red gums – red because of the colour of its sap. Here is a magnificent specimen. 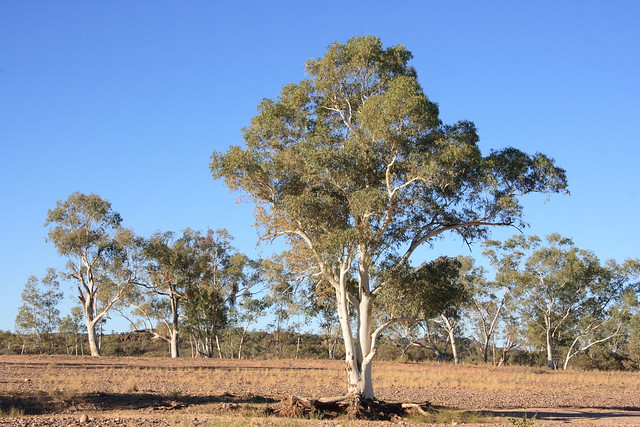 They tended to grow in strands so there was plenty of shade by the water hole. 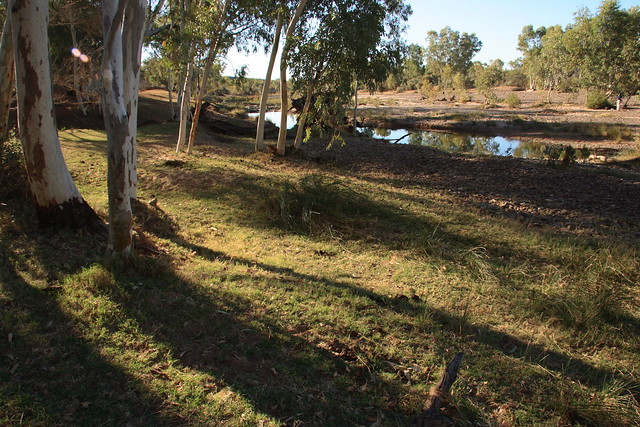 On the rocky escarpment were the ghost gums. They grew more singularly. 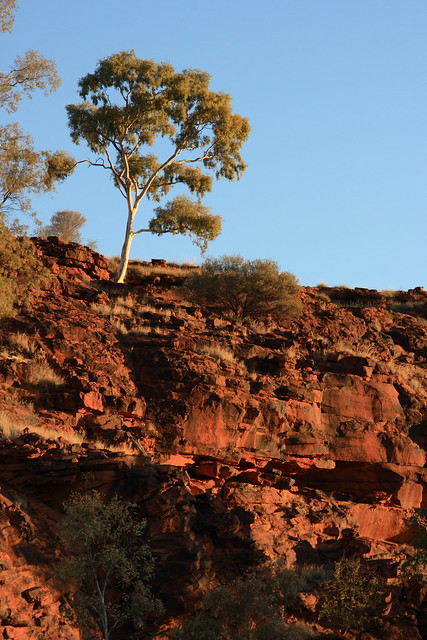 Sometimes they grew in the most unlikely places, like half-way up the cliff-face. 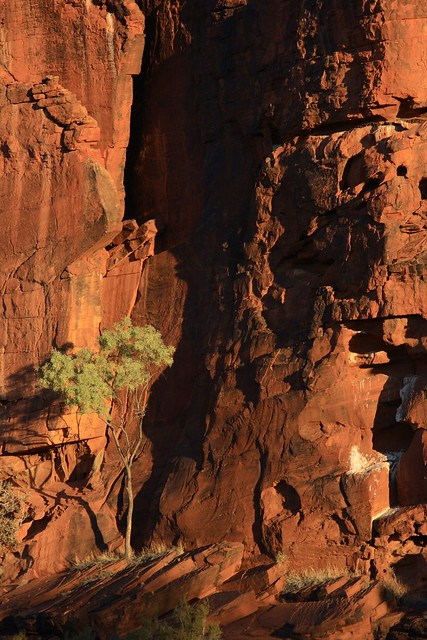