It’s been over 4 years since I made the field trip to the fossil sites of Riversleigh in North West Queensland. Back then, I helped the research team search for potential fossils in the limestone. The more bone-rich chunks of limestone were then bagged and sent to the University of New South Wales for further analysis.

It’s only last September that I had the opportunity to visit the paleontology labs at the university. And here are some of those bags of limestone! 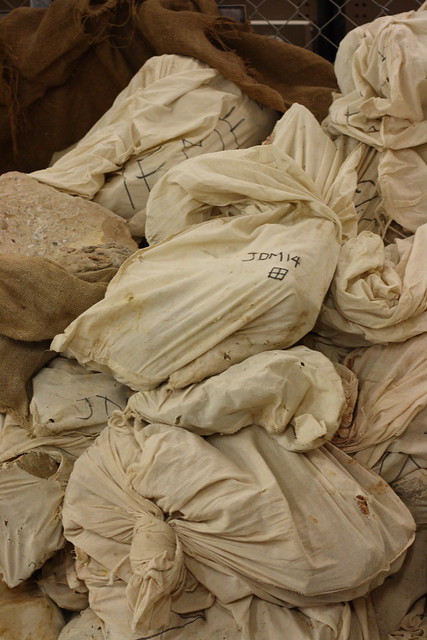 And the limestone chunks themselves – with the bone chunks marked out. 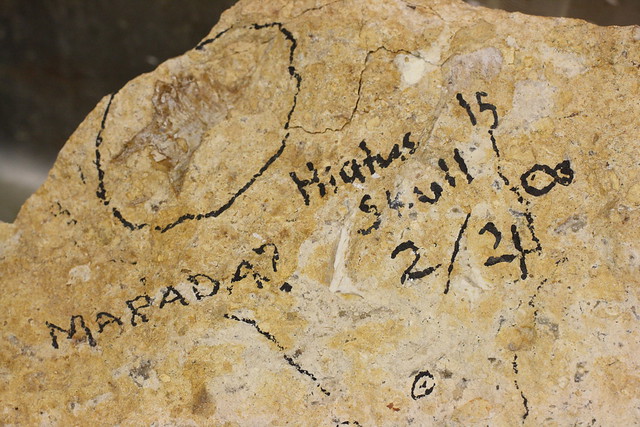 Some of the fossil chunks can get quite large. All of this excess rock and dirt needs to be dissolved or washed away to reveal the fossils themselves. 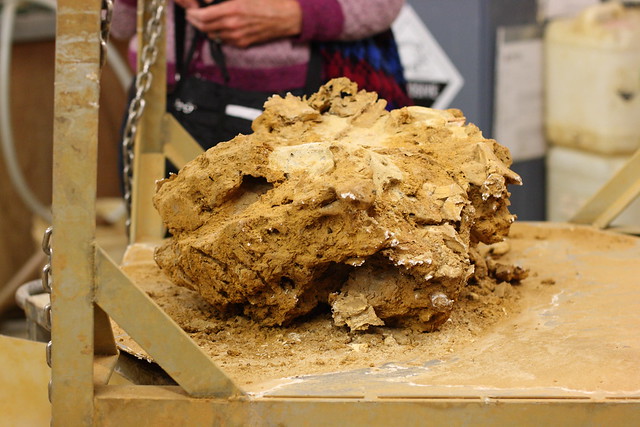 To extract the fossils the rock chunks are immersed in a weak acid solution, similar in strength to vinegar. When limestone is placed in acid, the limestone dissolves, releasing carbon dioxide – that’s what’s bubbling away there. 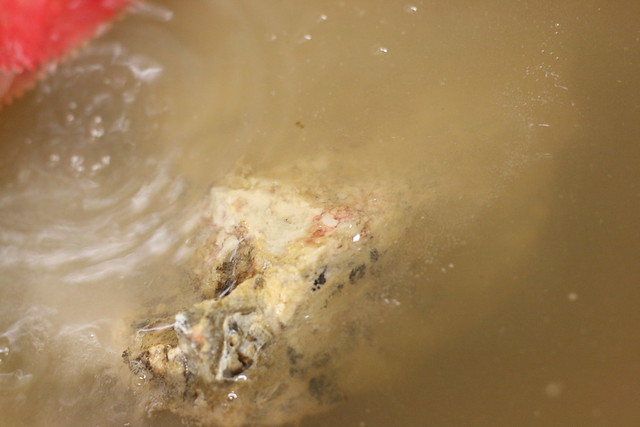 Here’s what happens after a soak or two. Obviously, this is a process that needs to be repeated many times until the fossils are released, hence there were many, many tubs all over the lab. 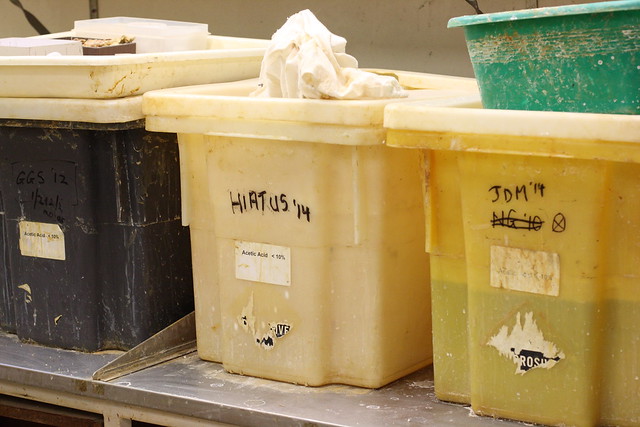