A 15 minute walk took us to the other side of the CBD. There was the understated war memorial. 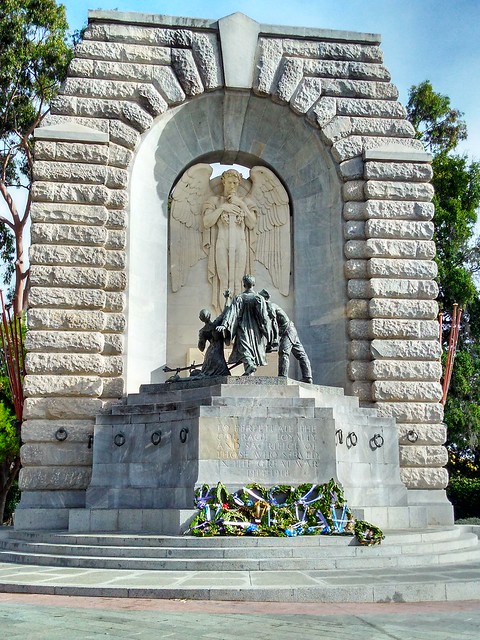 The Art Gallery of South Australia’s interior looks very like its Sydney counterpart. 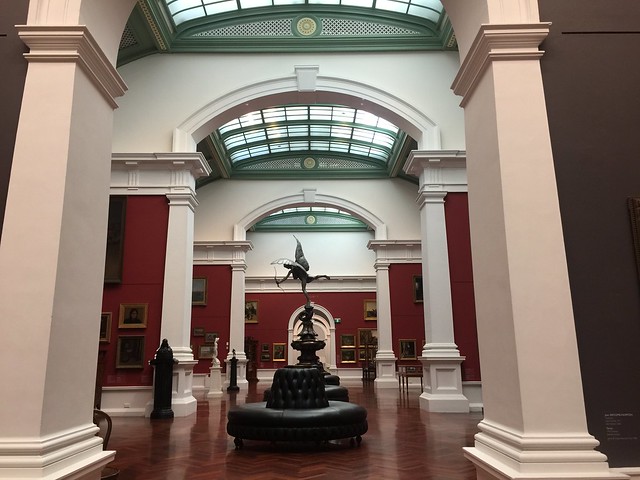 But I was hanging out for the South Australian Museum. 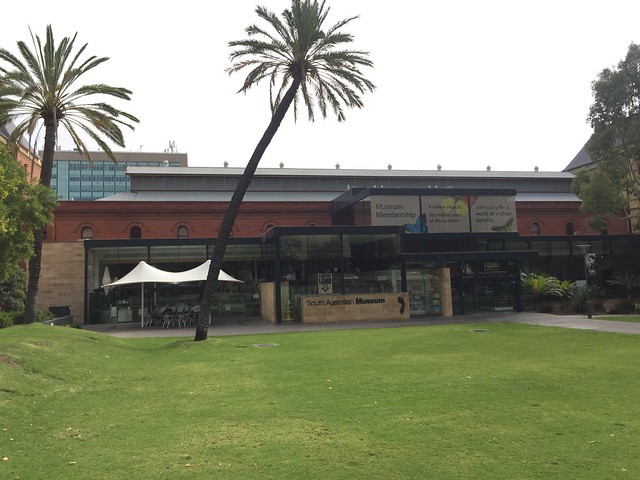 We saw a really good exhibition called ‘Yidaki’ – about the didgeridoo, its Yolngu origins in North-East Arnhem Land, and its modern context. No photos, but here is an essay about it.

The other thing I was looking forward to seeing were the museum’s fossil collection. South Australia being the home of the Ediacaran fossils (one of the first known complex multicellular organisms), it was wonderful to see that there was a whole gallery full of fossils. 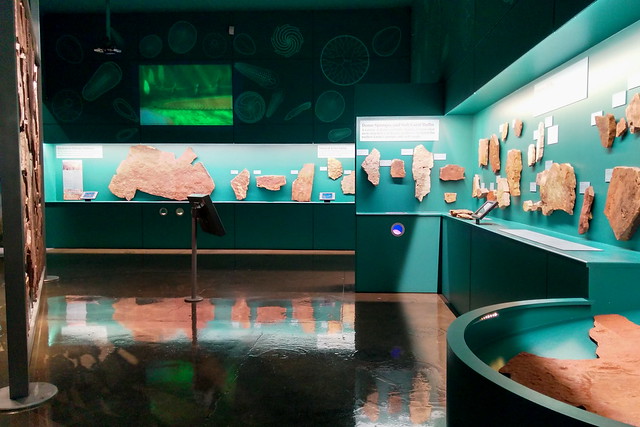 And here they are – with quite pretty patterns. Scientists have yet to agree whether they are plants or animals! 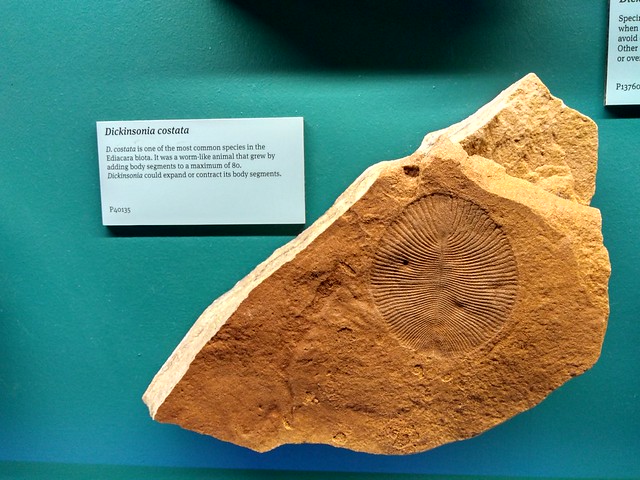 There were even preserved water ripples from 600 million years ago (that’s 6 times older than dinosaurs). 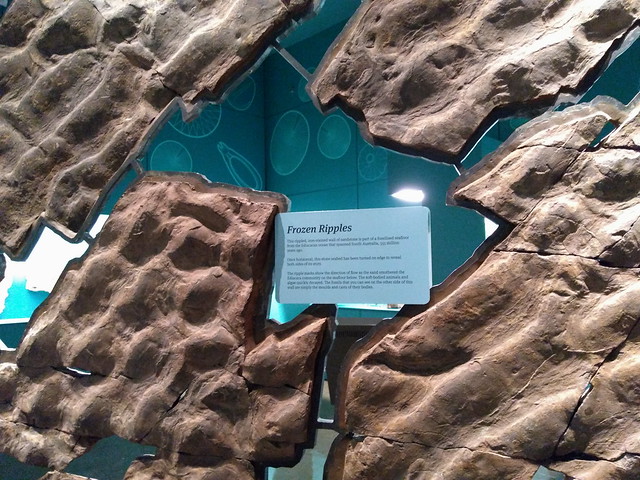 These fossils are so important in the biological history of the world that Sir David Attenborough visited the site where these fossils were found as part of his First Life series.

And so folks, that ends our epic trek across Australia from north to south. I’ll explore things closer to home next time.