The next day I started my camp experience. I was picked up by Deb and Charlie, who ran Larpinta Creative Camps, and after a quick run-around to collect the other participants (there were only 5 of us), we headed down the Stuart Highway. It was 130km of bitumen highway, then 50km of all-weather unsealed road, then 50km of 4WD track. 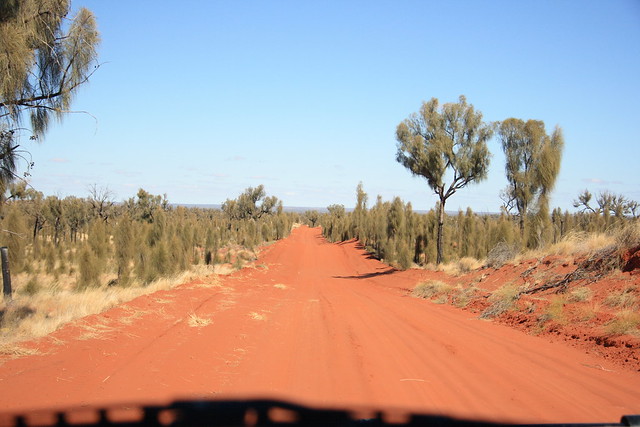 We stopped for lunch in desert oak country, and the sand here was bright, bright red. 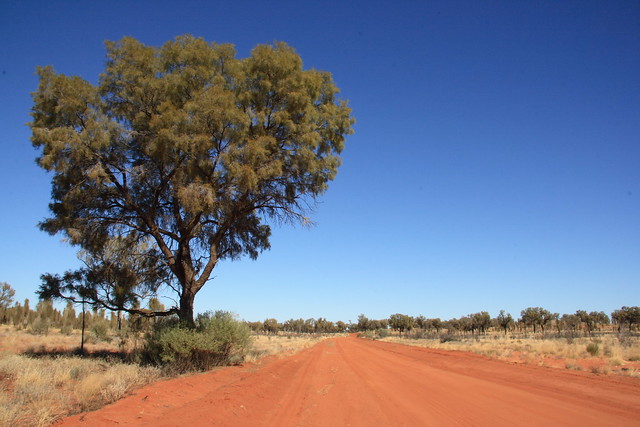 Desert oaks are interesting trees as the juvenile (the punked up version on the left) looks nothing like the mature (the big tree on the right). It’s lean in its youth as it needs all its energy to shoot roots far downwards into the water table. 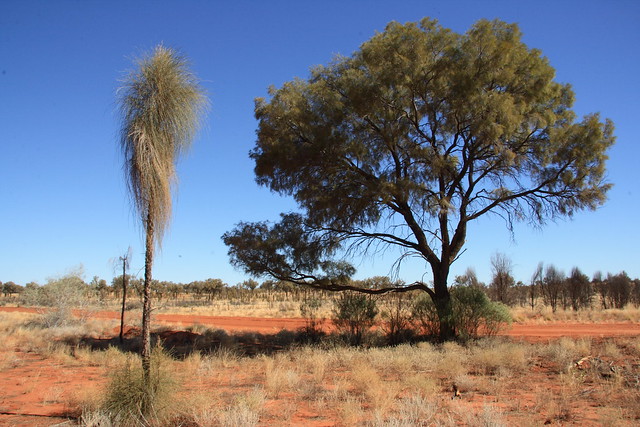 There was the letting down of tyres, since the going was going to get tougher. 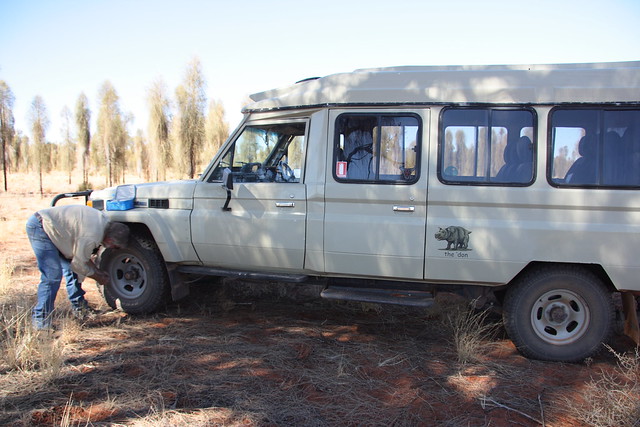 I was impressed that the vehicle was named after one of my favourite mega-fauna, the diprotodon. 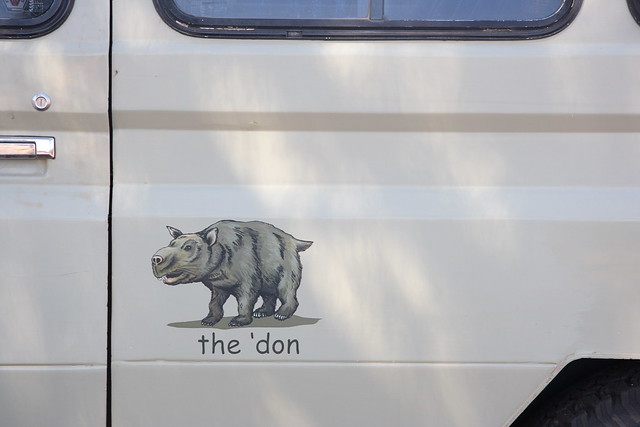 After lunch the road became a track. 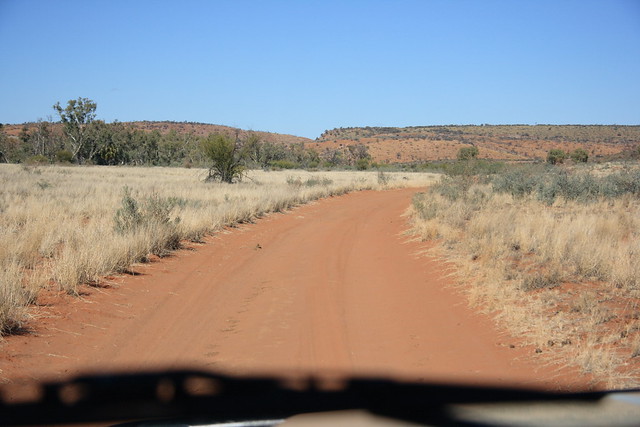 Soon the escarpments appeared. We were almost at Running Waters. 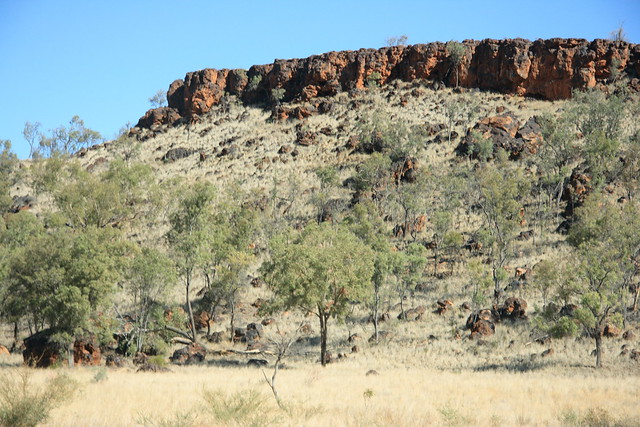