Let’s have a further look at the landscape beyond the camp. 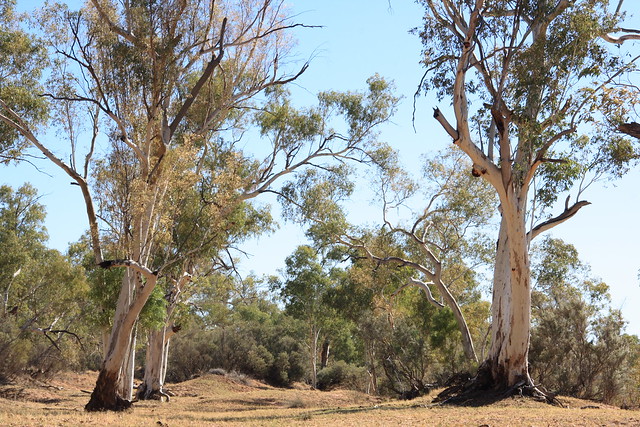 What’s fascinating about these trees were their roots. These were nowhere near the soil, but somehow the tree survives. 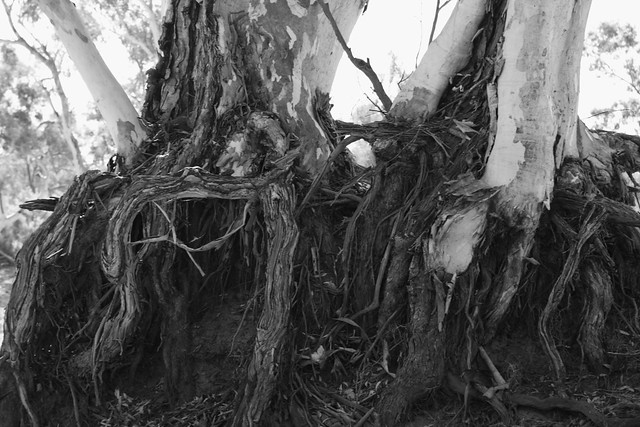 Away from the river bed the soil quickly turns to red, red sand. 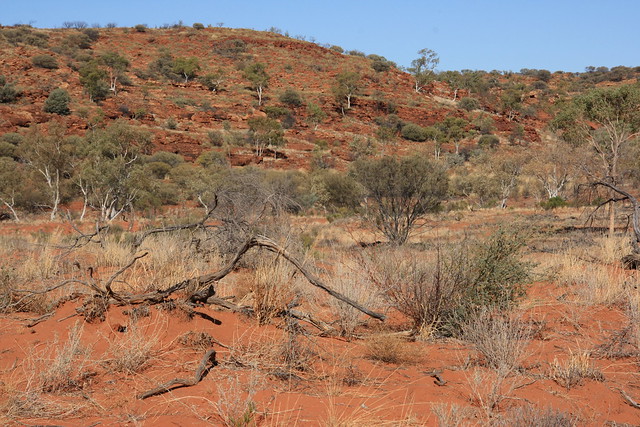 There was of course the dreaded spiky spinifex (which plagued me up in Queensland), although not as numerous as I thought. This area hasn’t had any rain in the past few months (unlike other areas of Central Australia) and so the livestock have grazed much of the vegetation down. 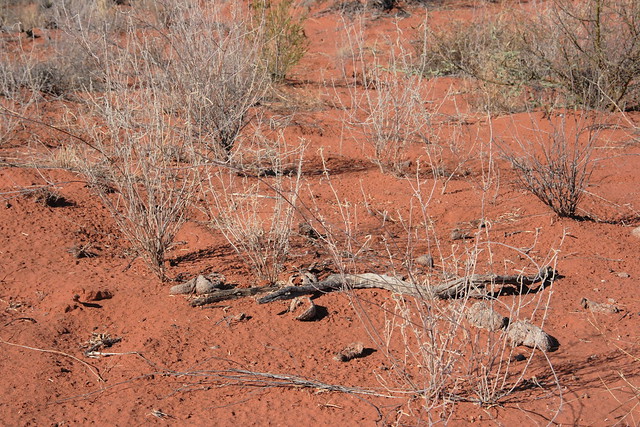