After my post about swag camping, I was asked whether I had concerns about snakes. We asked our hosts that question very early on, and the answer was that in mid-winter, when nightly temperatures fell to freezing, snakes (or indeed most other critters) weren’t active at all. During the day, we’d fold up the swag to ensure that we had no surprises come nightfall.

We did however have other nightly visitors. We certainly heard plenty of dingoes, although we didn’t often see them in the camp. When they came (and they did explore since I saw their paw prints about camp), they came in stealth. I can report that the dingoes did not steal anything from camp (much less babies).

It was the domestic animals that provided much of the midnight entertainment. Being on a pastoral property, there were cattle roaming about at will. One bull was so curious that he visited us on most of the nights and refused to go! Other visitors were the brumbies (a.k.a. wild horses), who were less confident, but no less curious. We got a good glimpse of them early one morning. 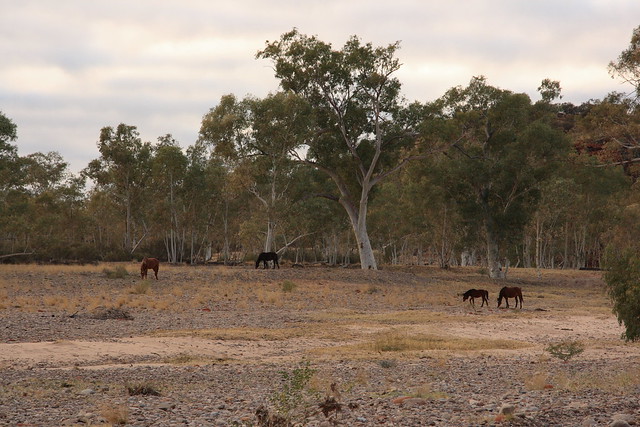 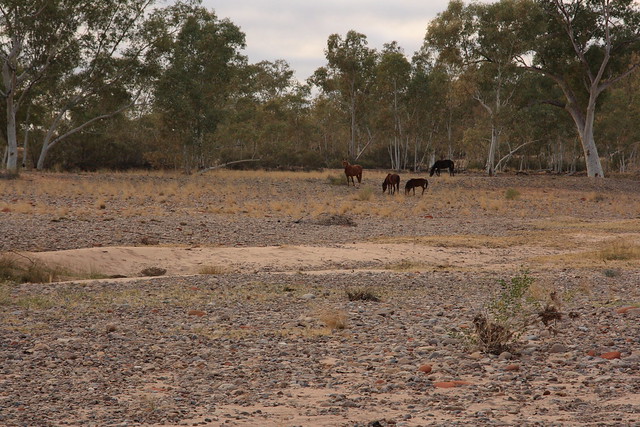