After all that sightseeing in Kyoto, it’s time for a rest, don’t you think? Time to check in.

Tazuru is a modern ryokan – a hotel with Japanese-style rooms, o furo (bathroom), with breakfast, and even a kaiseki dinner. During the day, the room is the living area. 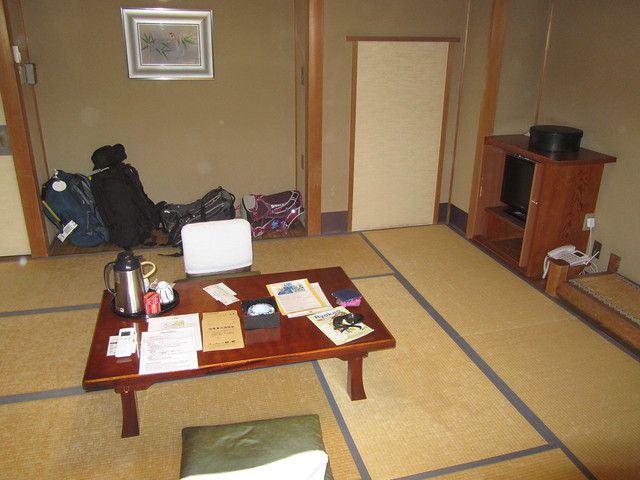 We ordered dinner on the first night, and it was a dinner that was kaiseki style – multi-course, refined meal with dishes that are highly seasonal. 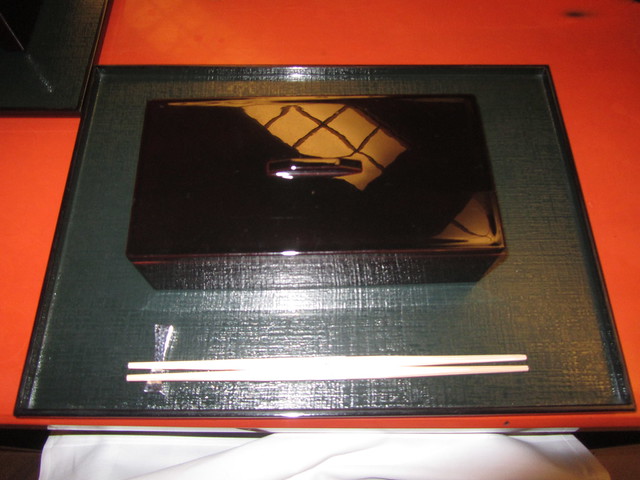 I must say that this was a huge step above the food we’d eaten previously that we’d considered to be Japanese, in terms of taste and technique. 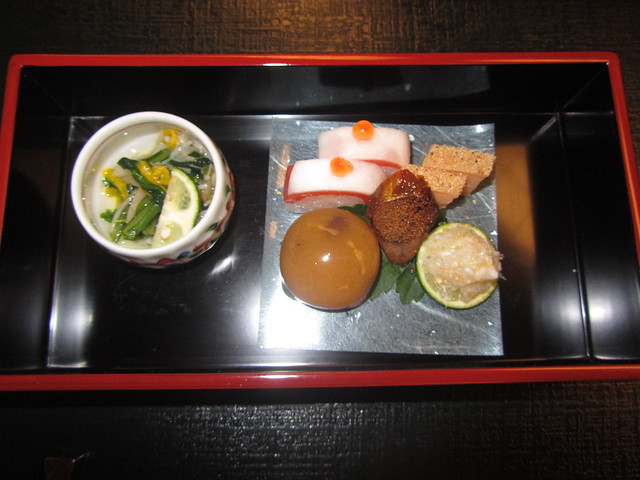 There were familiar dishes. 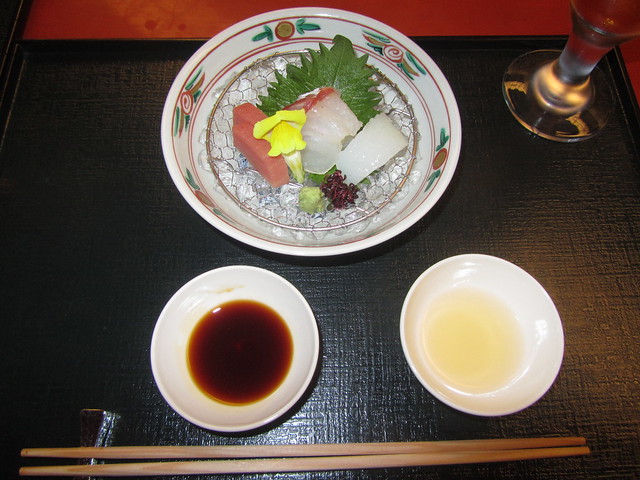 And then rather more unfamiliar ones. 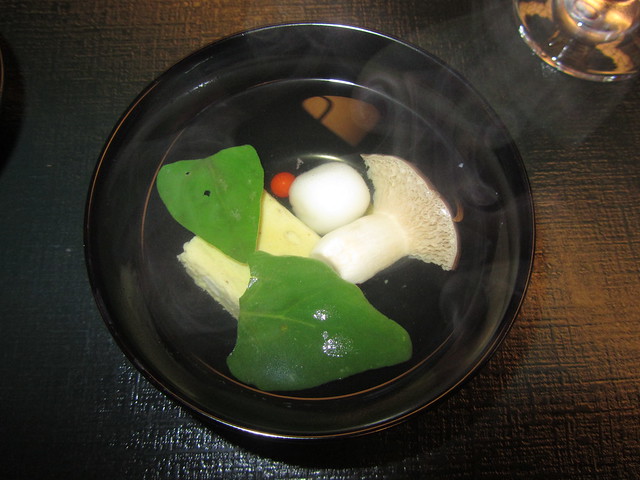 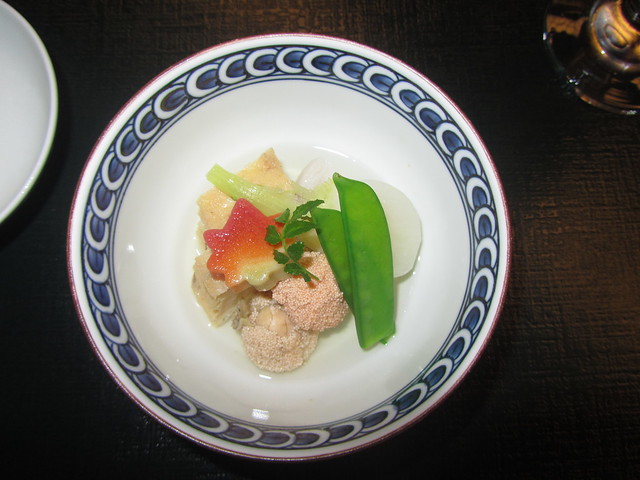 The rice was served as its own course with accompaniments. 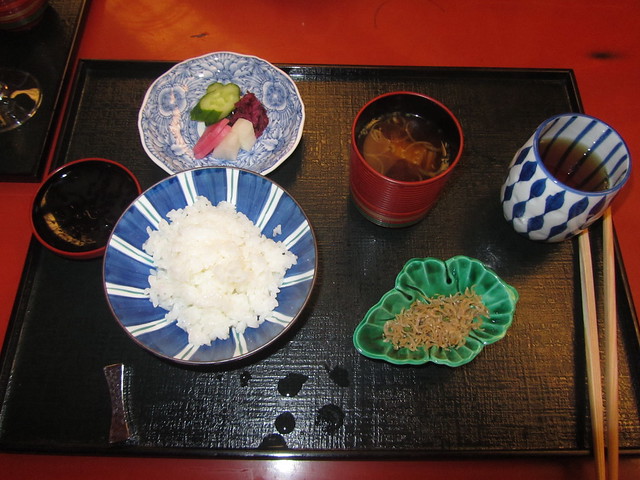 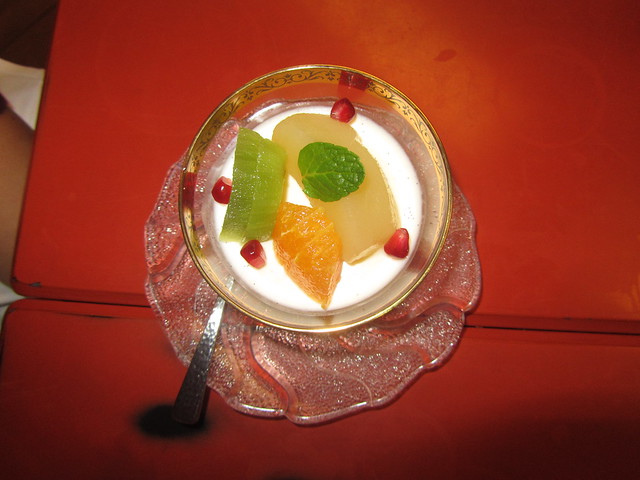 After dinner, our room had been reconfigured to sleeping mode. It was comfortable, although Hubby was complaining that his knees couldn’t take getting off the floor all the time. Hmm, perhaps time for yoga? 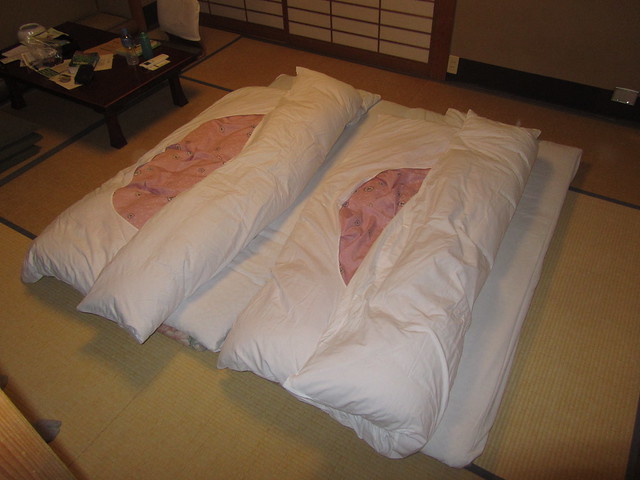 And in the morning, we were greeted with a very hearty breakfast of rice, fish, miso soup, omelette, among other things. That should get us through until the following dinner! 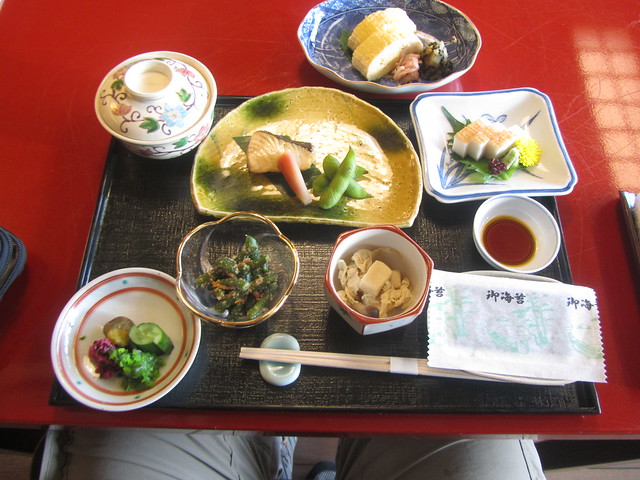