The temple at Asakusa is the one place on every tourist’s itinerary when they visit Tokyo. It’s certainly been on mine – I had been there on each of my two visits to Tokyo – but I’d never stayed there. This time we were literally a hop-skip-jump away from the temple, in one of the many side streets of Asakusa. Here, you can see the essence of old Tokyo – a warren of narrow, tightly packed streets. 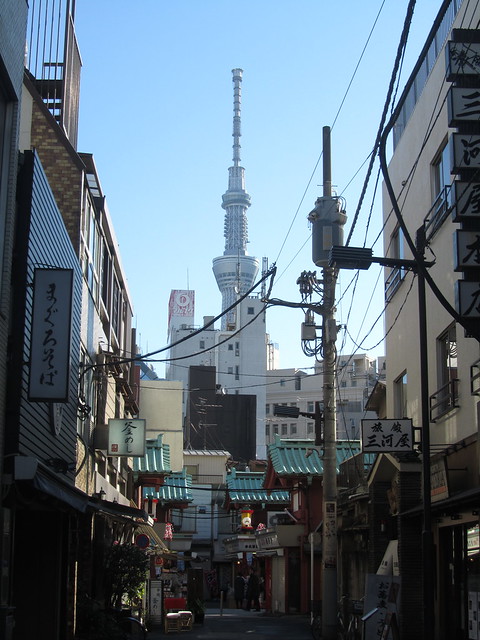 If the streets of Asakusa represented old Tokyo, then Sky Tree (the tower behind), represented new Tokyo. So new in fact that it wasn’t there on my 2006 visit. Given that the tower was over 600 metres tal, and the surrounding suburbs were generally low-rise, you could see the Sky Tree from anywhere in Asakusa. 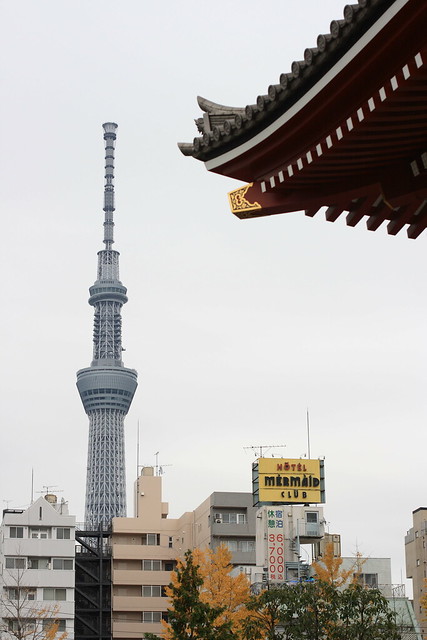 From the river nearby, day and night. 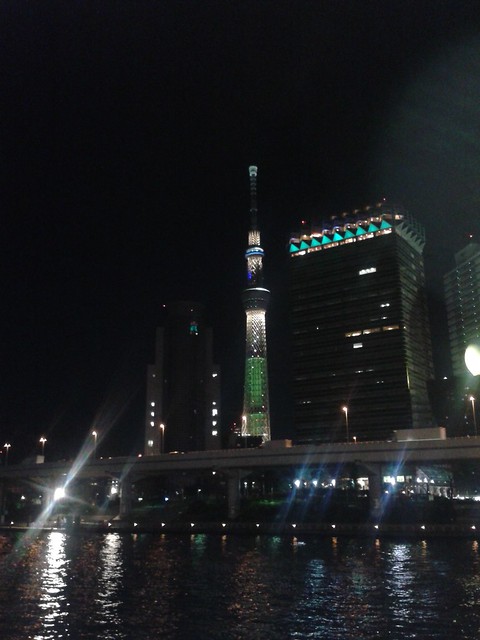 Unfortunately, this was another instance where Hubby’s acrophobia kicked in, especially when he heard that you ascended via a glass lift (echoes of Charlie and the Great Glass Elevator), hence I only ever got to admire it from afar.