The Colo River that morning was misty and mysterious. 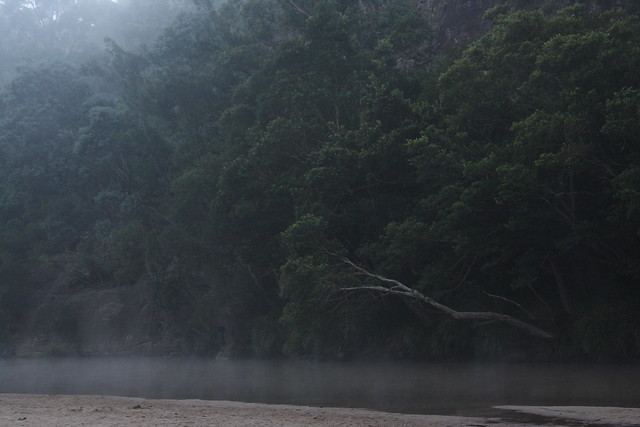 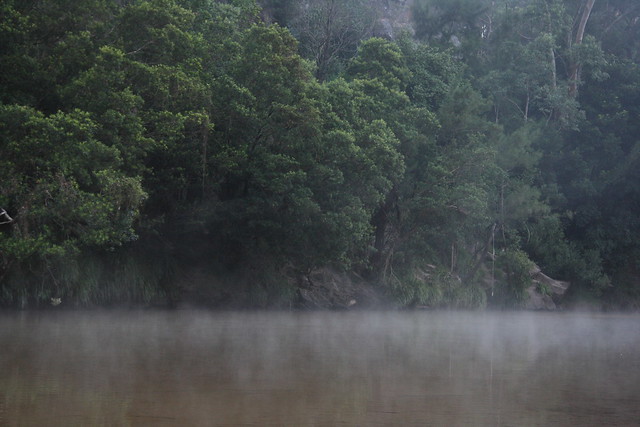 At Upper Colo, it’s hemmed in by sheer sandstone cliffs and dense bush. 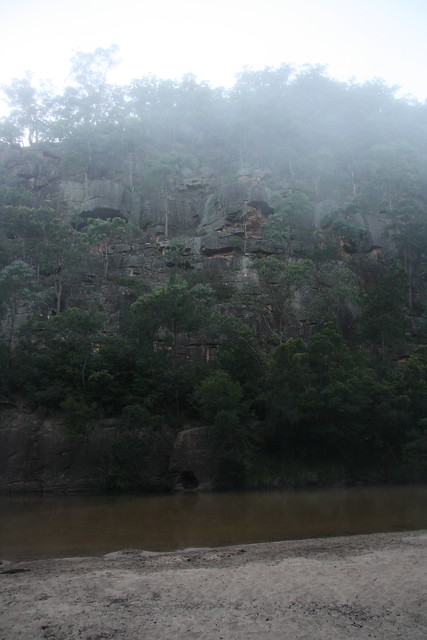 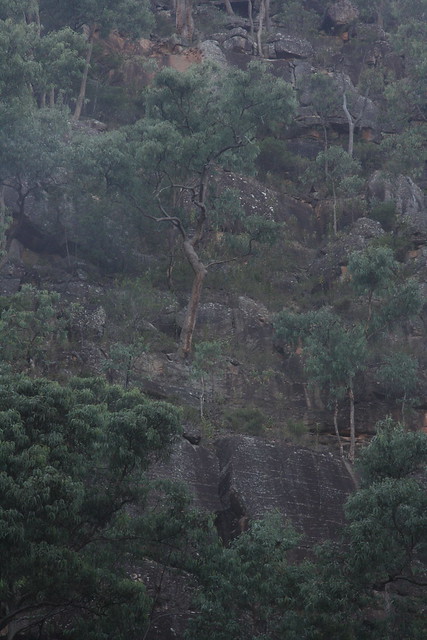 By the water, it sustains more verdant species. 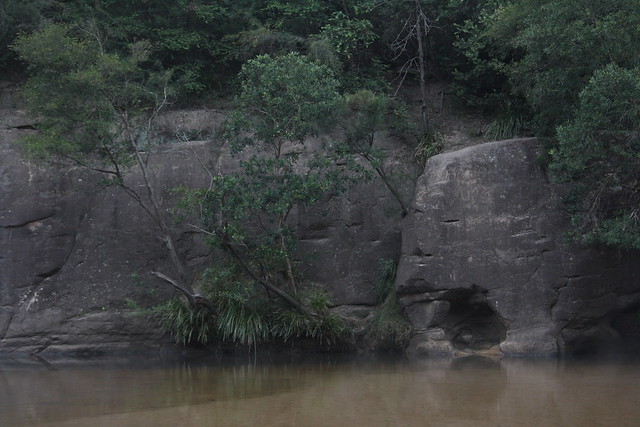 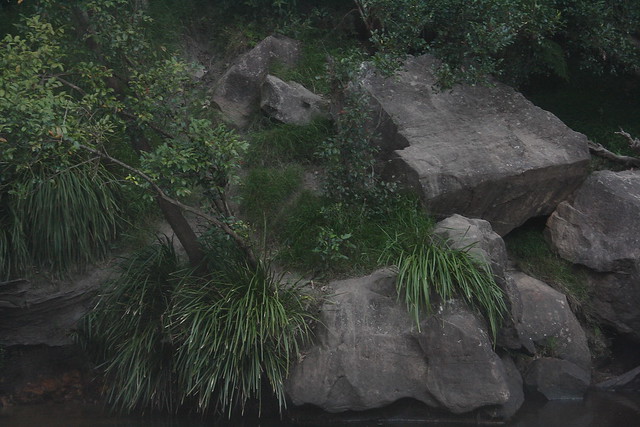 The river has its source deep in the Blue Mountains north of Lithgow in the valleys of Capertee and Wolgan. We visited the Capertee Valley a few years ago, and by road seems like a world away from Upper Colo. 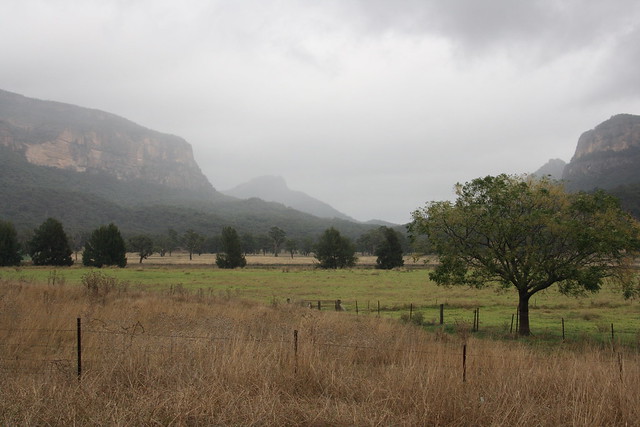 The Colo eventually flows into the Hawkesbury, which drains in Broken Bay, so we’ve seen quite a few sides of this extensive river system. 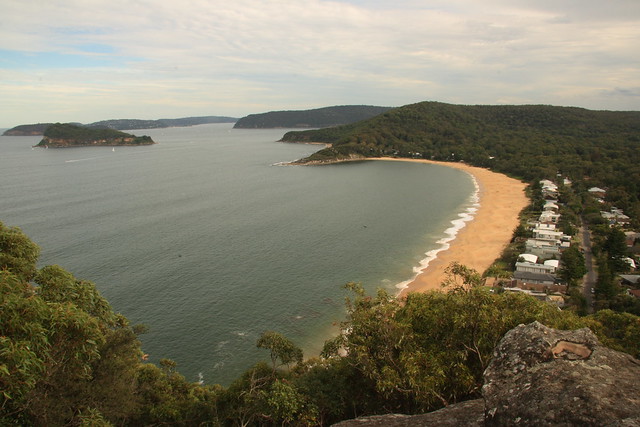 In between, it flows wild through Wollemi National Park, until it emerges at Upper Colo, before meandering into the Hawkesbury at Lower Portland. 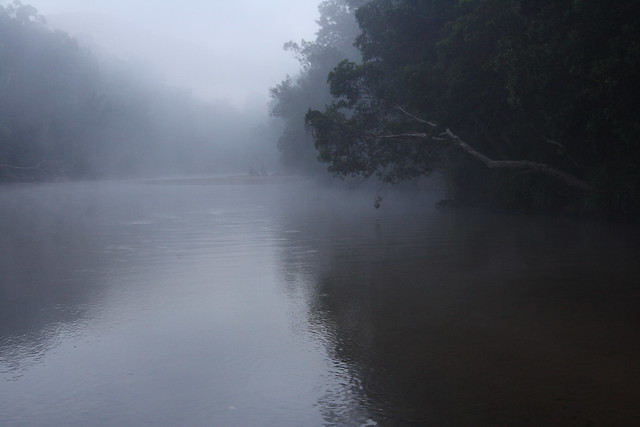 It reminds me of the novel The Secret River. Set by the Hawkesbury in the early days of New South Wales, it described the recreated the experiences of the first white settlers to the area. They saw the river and the bush as a mysterious, menacing creature that was just waiting to gobble them up. Sitting by the river that morning, I think I understood how they felt. 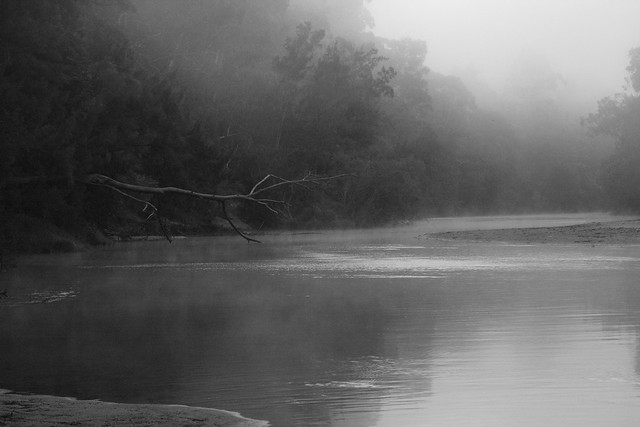