We continued on our safari and found a few more typically African mammals. We start with a very ugly one, the warthog! 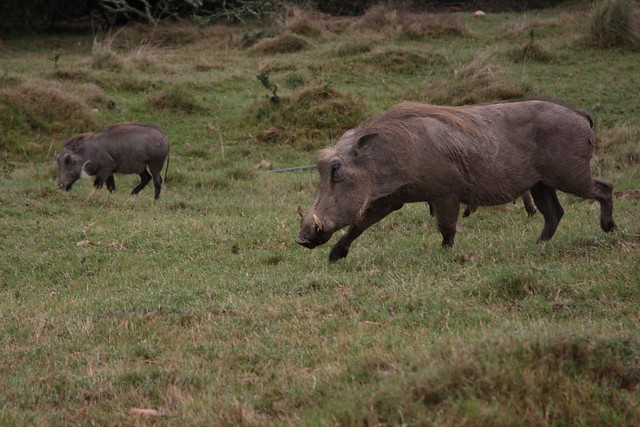 With their tusks, mullet and facial hair, could they actually be trend-setters for the 21st Century? These little ones were playing/fighting, and I found them almost cute. 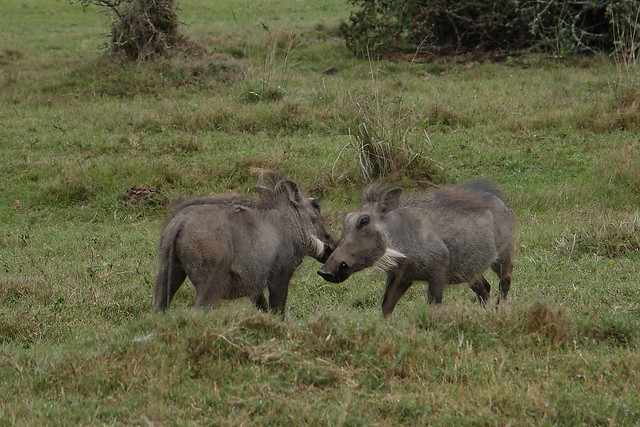 At the waterhole, we were closely watched by a herd of hippos. It’s rather startling to think that behind each pair of eyes was a 1,500kg animal. 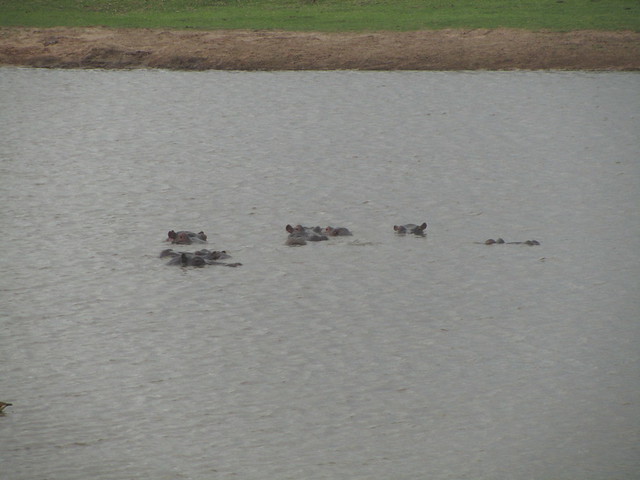 And moving on to bovines, we encountered a pair of Cape Buffalos grazing. We kept well away from those horns! 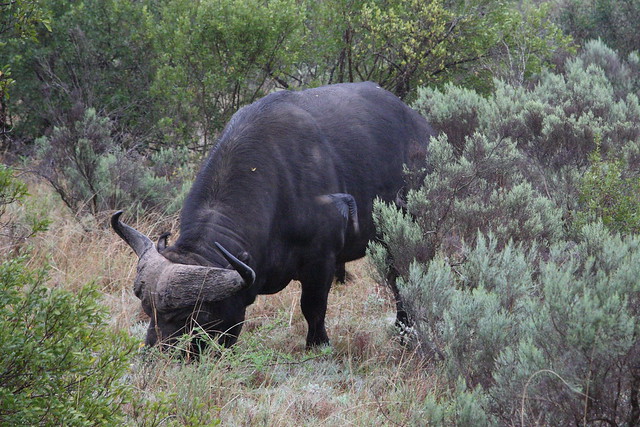