Eight years ago I visited a place in the Northern Territory called Mount Borradaile. It’s a tourist camp (not a resort) within West Arnhemland that was full of all sorts of Top End wonders, both natural and indigenous. Even though I only stayed two nights, it made a deep impression, and I’ve been wanting to go back ever since. 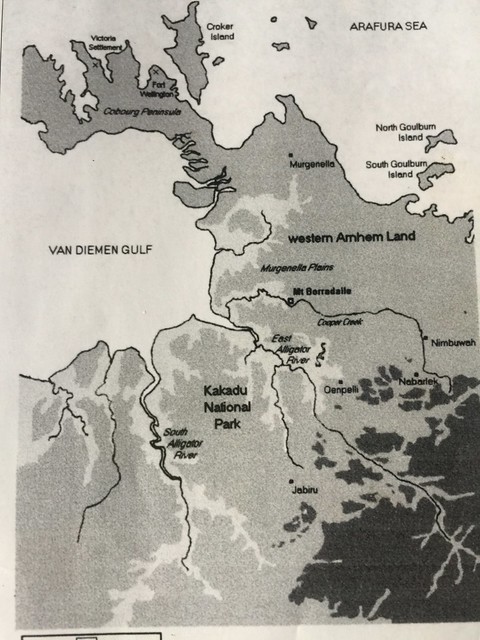 I finally got the chance this year, this time with my mum, who is an avid amateur naturalist as well. It might be a strange time to go, in the Wet of late March, but having been up north in the Dry, we both wanted to see what the Wet brought.

The adventure started with an early morning flight in a six-seater plane from Darwin. 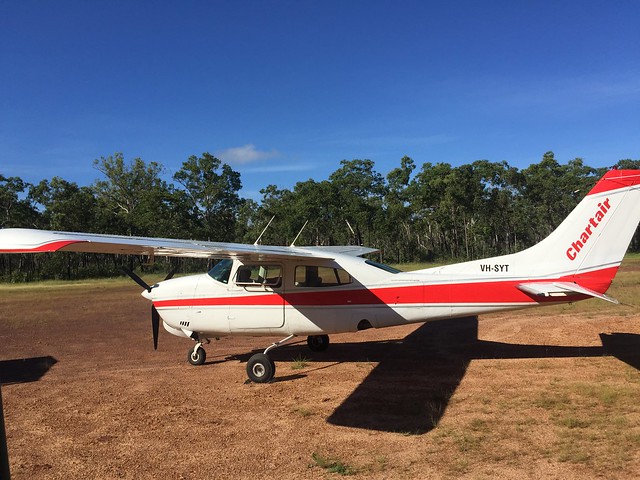 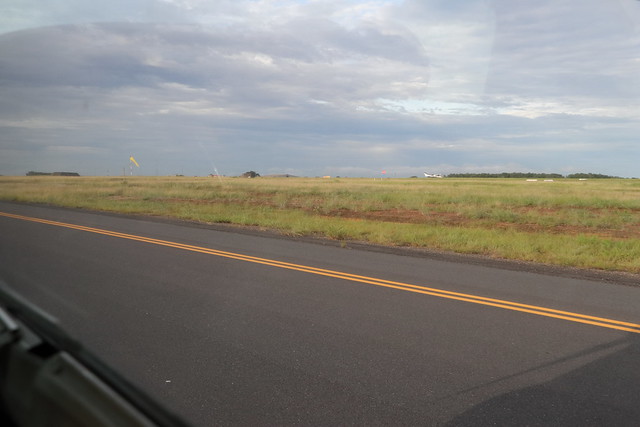 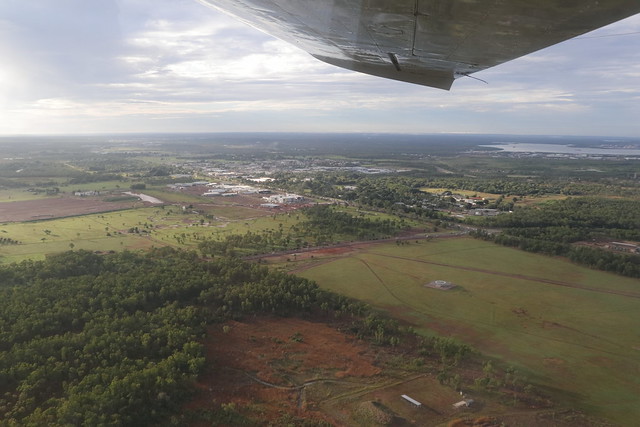 Luckily, the weather was calm in the morning, and we were soon flying amongst the clouds and looking down on the estuaries and wetlands that surround Darwin. 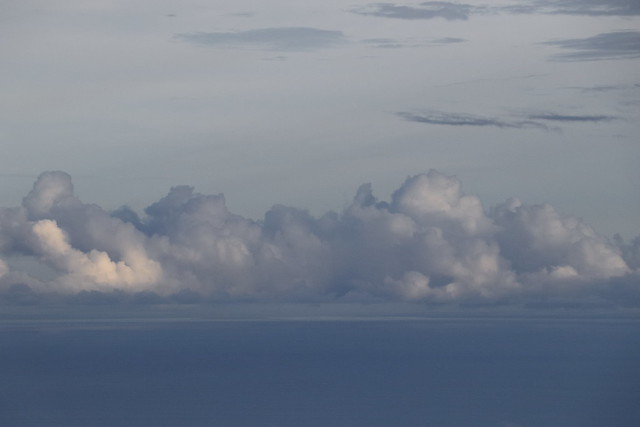 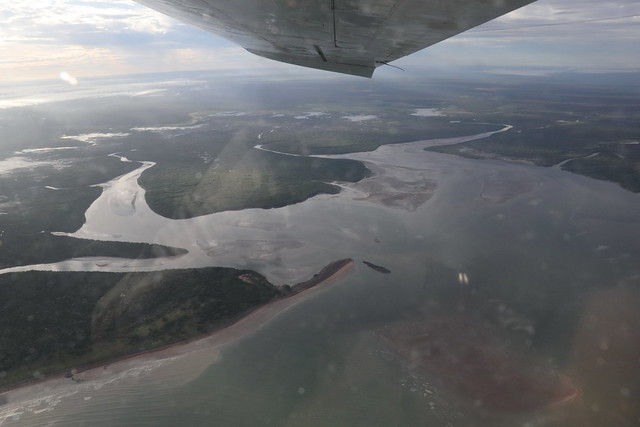 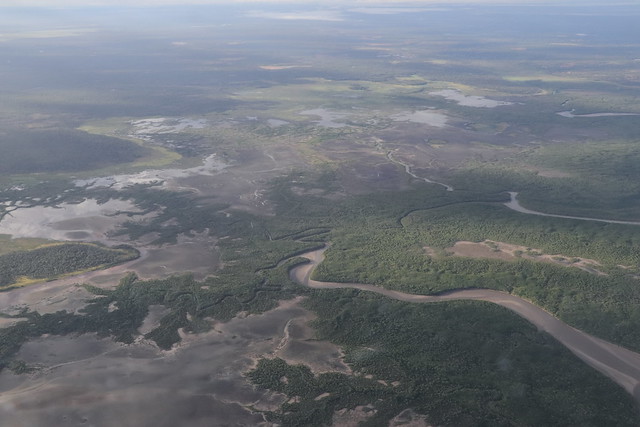 It’s definitely greener than in the Dry, isn’t it? Just compare it with a scene from my flight eight years ago, when I was flying through a smoky haze. 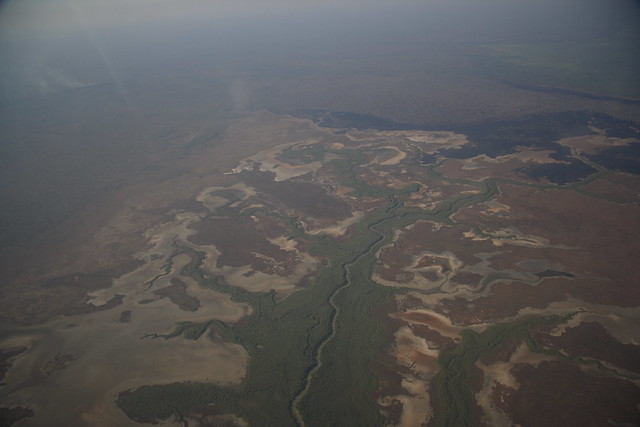