All our adventures had been on Amarak land, lying east of the East Alligator River across from Kakadu National Park. The Amarak lived traditionally on their land until the 1950s, and the land had seen little use until Mount Borradaile was established in the 1980s.

Given that the Amarak lived on the land until relatively recently, there were many paintings and habitation places around the property that are well preserved. We were able to see quite a few in the four days we were there. Some were ‘mens business’ places – mens ceremonial places – as you can tell from these set of paintings – they’re all of busty women! 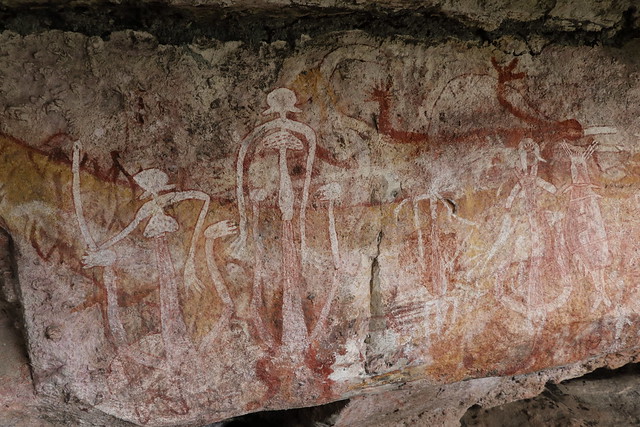 Others were of a more spiritual bent. This giant three metre long serpent was drawn on the roof of an overhang. 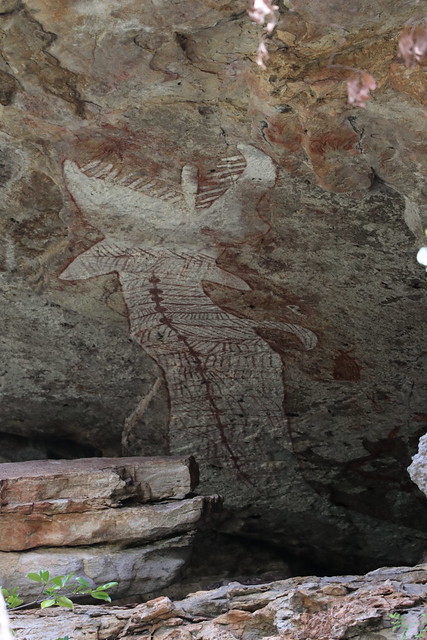 Being so close to the coast, the serpent had many shark/crocodile like features. 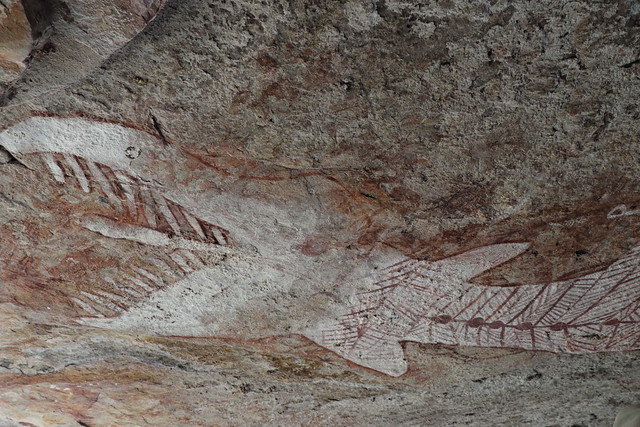 And was spectacular close-up. 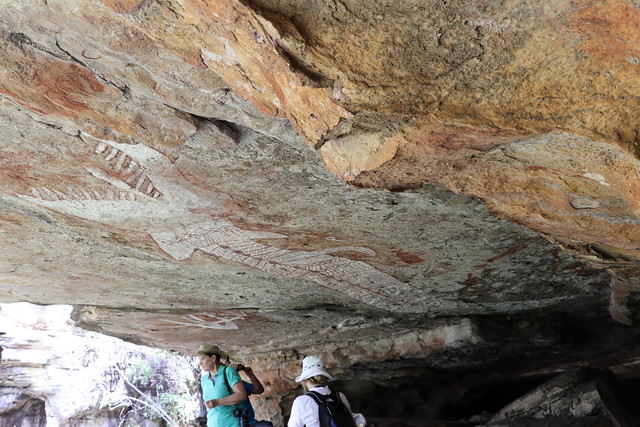