The reward for traversing Takaka Hill is being able to visit beautiful Golden Bay. This wasn’t my first visit to the area, but previous visit was 14 years before, so I was curious as to whether the area had changed much. That is, become a Byron Bay kind of place, or had it retained its feeling of seclusion. 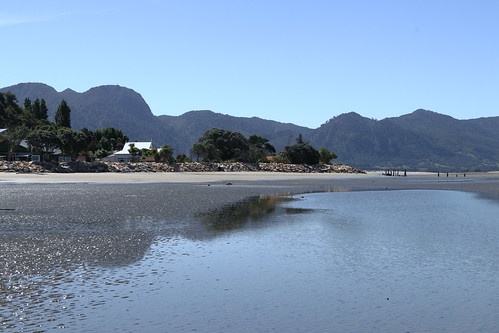 We stayed in the town the furthest way along the bay. It’s called Collingwood, and has no links to the Melbourne suburb of the same name other than being named after the same guy. Actually, I’m stretching the truth when I call Collingwood a town – it’s really a village. 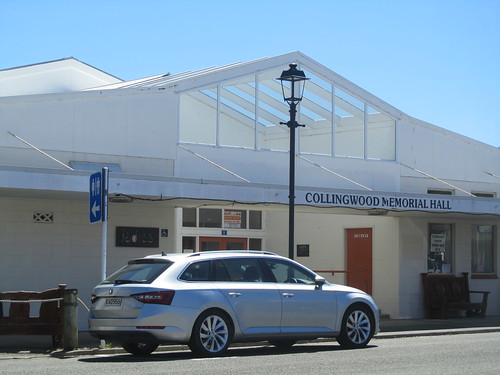 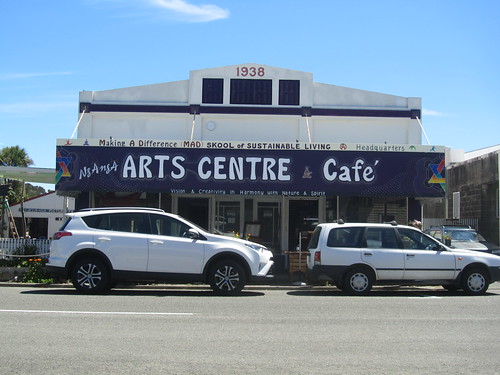 That’s most of downtown Collingwood! It did start out quite big – a centre for its own gold rush in the late 19th Century, but a series of fires razed the town, and when the gold rush receded, so did much of its population. But its location as the sunniest spot in New Zealand and close to a slew of national parks makes it an adventure playground to those willing to brave the drive out. 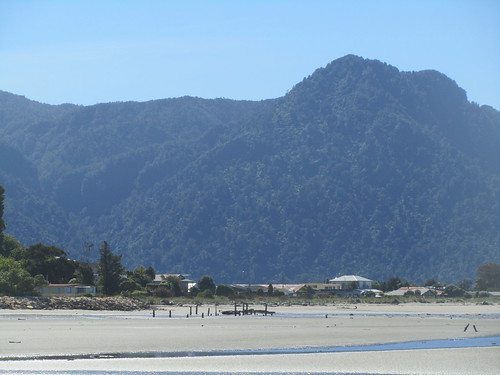