The Bungle Bungles is in Purnululu National Park, on the eastern side of the Kimberley, and the most striking tourist attraction in the region. These orange and black striped domes, like its Central Australian counterparts, are also sedimentary; and at 350 million years old, also ancient. But unlike Uluru and Kata-Tjuta, it’s less visited as it’s a bit more remote. In fact, it was only discovered in the mid-1980’s by a mining exploration team. These days, access is either by 60km of pretty bumpy unsealed road or by air.

One of the early highlights of our fortnight in the Kimberley was a sunset helicopter ride from our campsite at Mabel Downs to the Bungle Bungles. 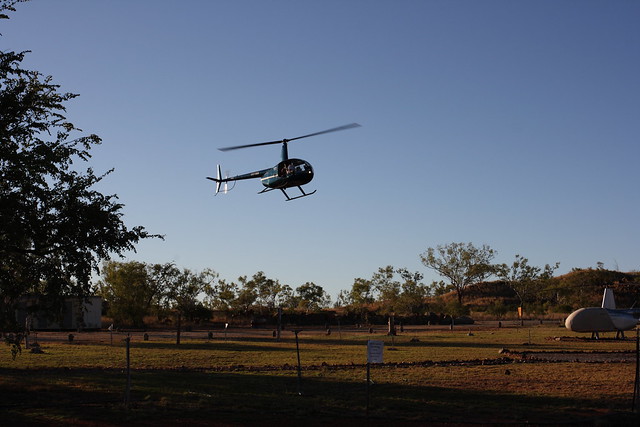 It was an at times hair-raising ride in an open cockpit. The helicopter reached speeds of 180km/h, hence it got pretty breezy up there. 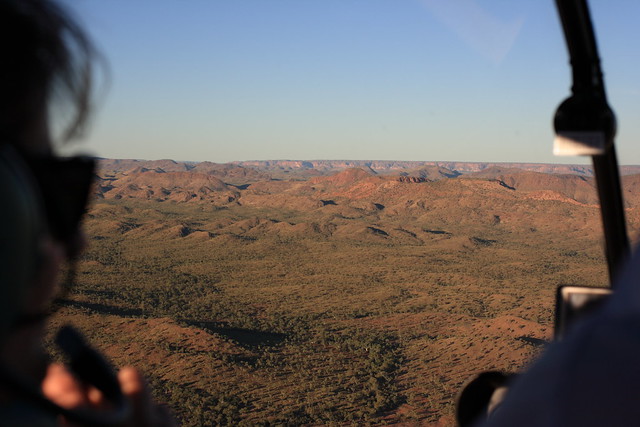 But the views were rewarding. 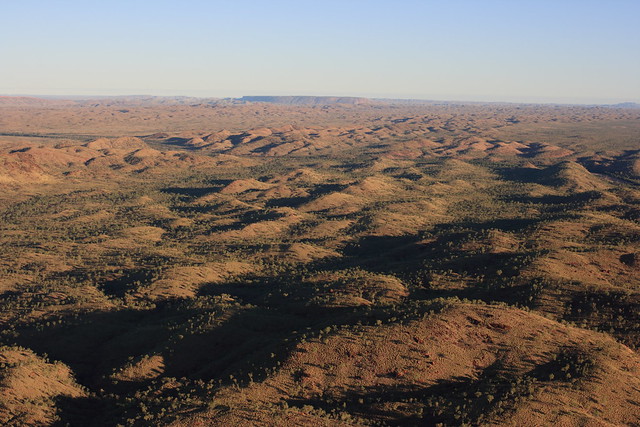 We first flew over the hills, plains and dry river beds of the Ord River. The late afternoon light made the entire landscape glow. You can see from above why the artwork of the local clans are in dots and lines. 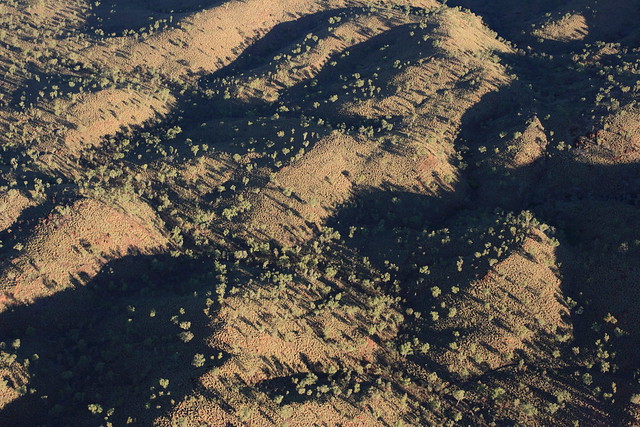 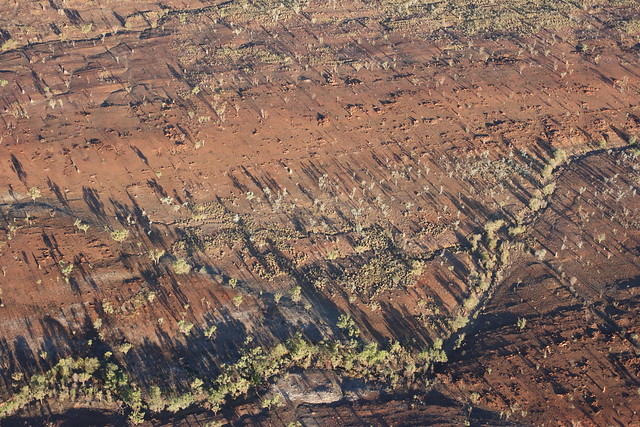 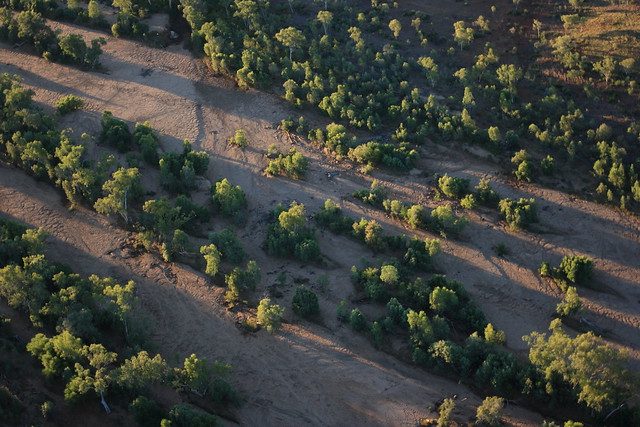 This river winds its way north all the way to Wyndham, some 400km away. We’ll see the river mouth later on, but first, the Bungle Bungles themselves.