During our tour, we were introduced to the stories of a few pioneers of the Kimberley. First were the miners of Halls Creek’s very brief gold rush in the 1880’s. They had to walk at least 400km to the nearest port down rough and dusty tracks. A character called ‘Russian Jack’ walked this distance with a very sick mate in his wheelbarrow! 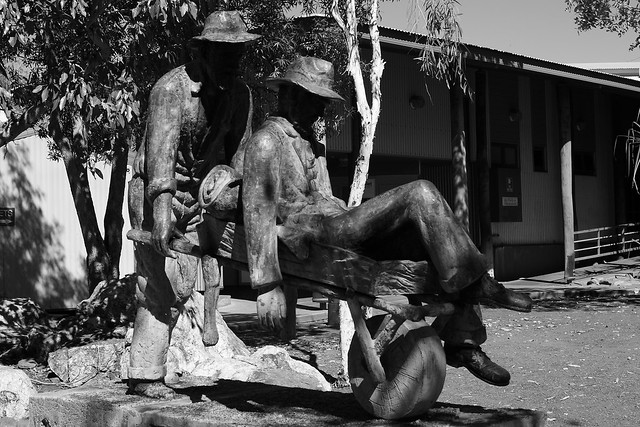 One of the most well-known families of the region are the Duracks, whom I read about in Kings in Grass Castles. They were were cattle owners who drove their mob overland from Goulburn in New South Wales, to the Channel Country in Queensland, and finally to the East Kimberley. Their homestead has been preserved beside Lake Argyle, and it was touching to visit the (surprisingly modest) home where so many legends had lived. 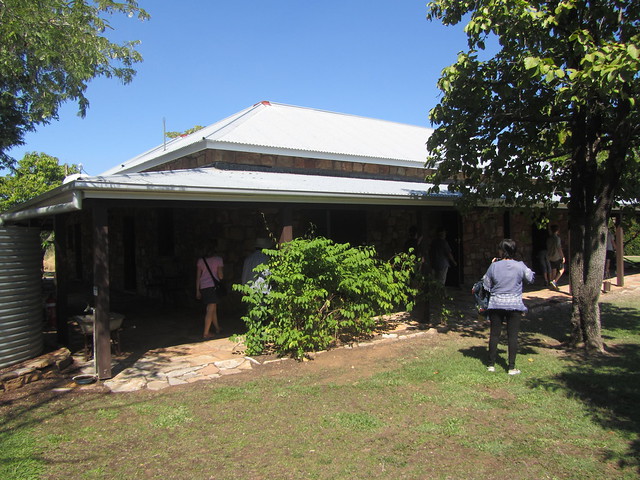 It was touching also to see the grave of the Durack’s indigenous companion, Pumpkin, beside those of the family. Pumpkin was from the Boontamurra tribe of the Cooper Creek district, helped them establish their station, build their homestead, and train the local indigenous lads as stockmen. 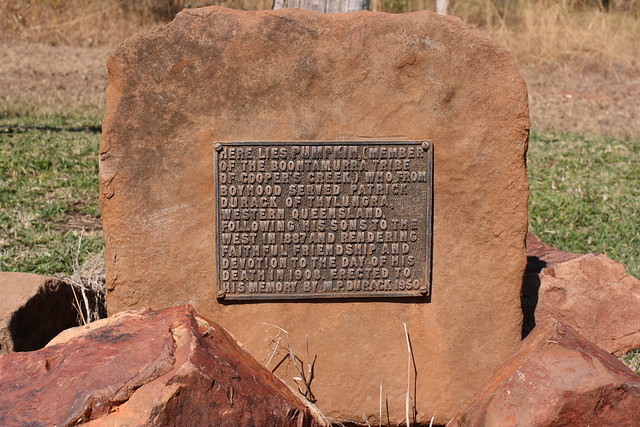 And lastly, there were the Chinese. The first came to the district during the gold rush, but soon found jobs as cooks for droving teams, gardeners at cattle stations, and of course, merchants. This is a well-known shop in the port of Wyndham, first traded at the turn of the 20th century (perhaps earlier), and did a good trade when the town was a vital hub in the region. 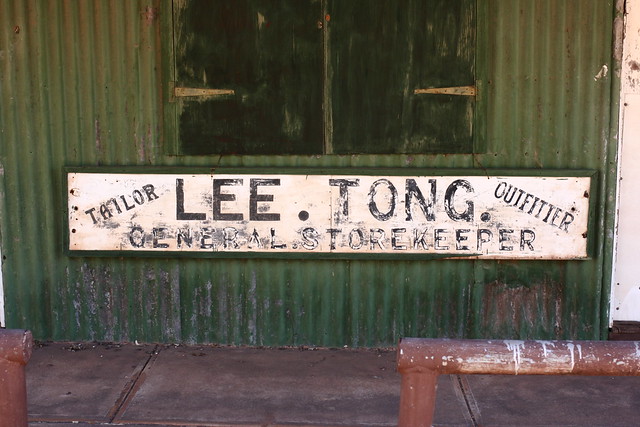