The following day we drove the 53km into Purnululu National Park to see the Bungle Bungles up close. We did two walks that day – the first was to an area called Cathedral Gorge.

The walk started with a grand vista of the domes among the usual savannah landscape of low scrub and termite mounds. 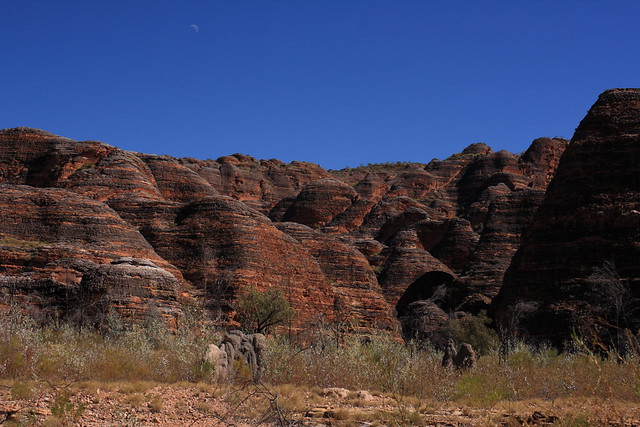 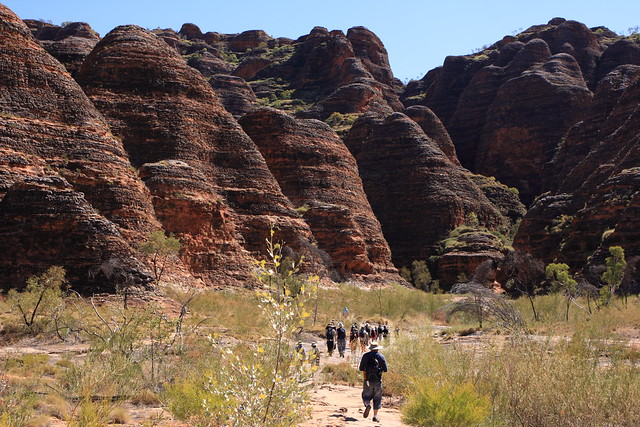 The domes towered above us the further we walked into the gorge. 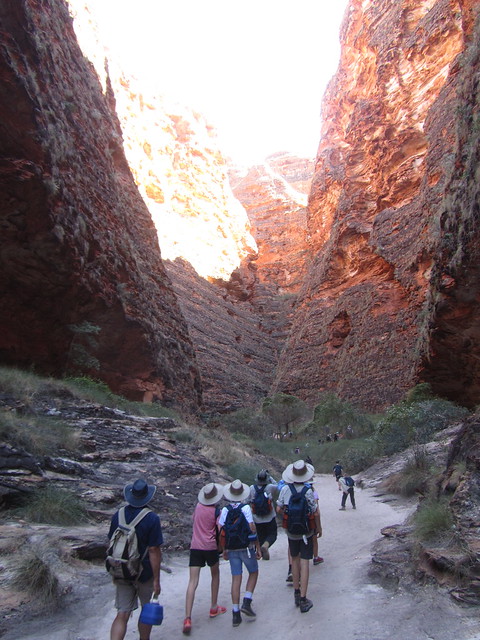 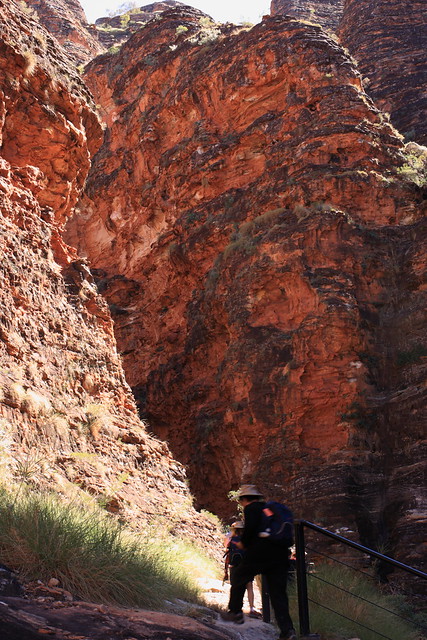 There were lots of interesting details to see: a close-up of the stripes, and the amazing places that termites are able to build their mounds. 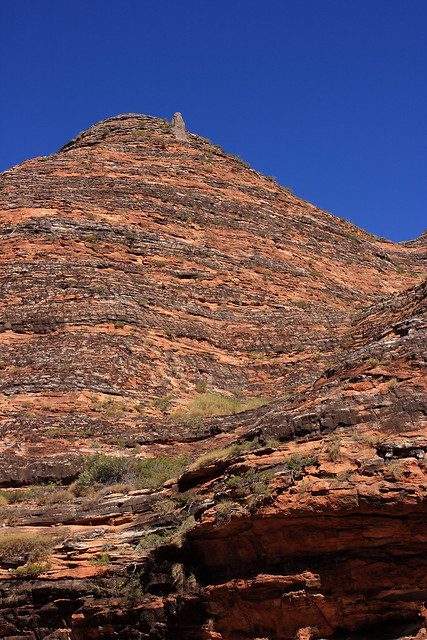 Holes in the ground grinded down by rocks being caught in a whirlpool. 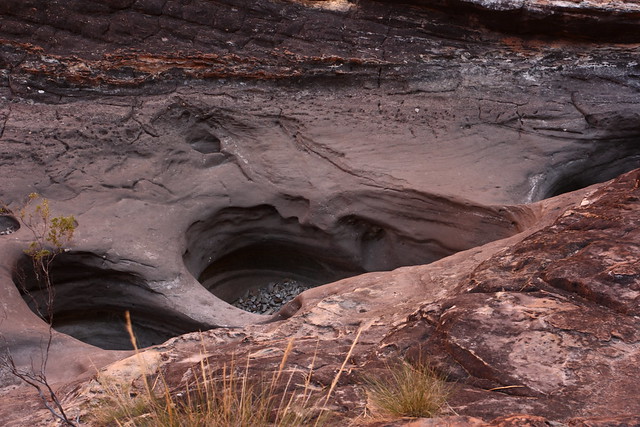 Giant slabs of sandstone that have fallen away due to the intense weathering in the Wet. 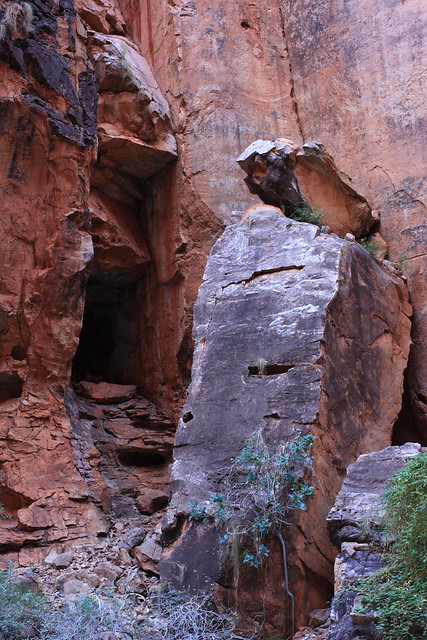 And at the end was Cathedral Gorge – a pool dwarfed by sheer sandstone cliffs and overhangs. The acoustics were magnificent, as the boys found out when they sang a tune. 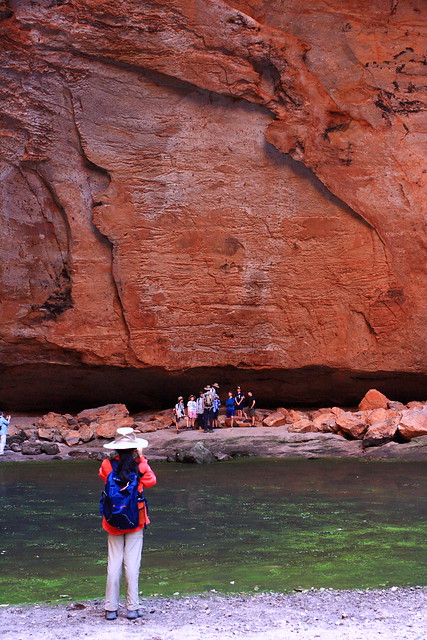 The scenery on the walk was so inspiring that it became my picture of the day. 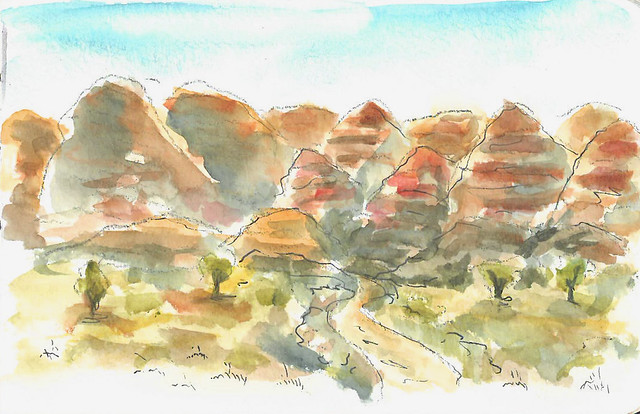