Our second walk that day was at Echidna Chasm, in the north end of Purnululu National Park. From the car park, the vegetation was all gum trees and scrub. The domes here were less pronounced, however they were taller. 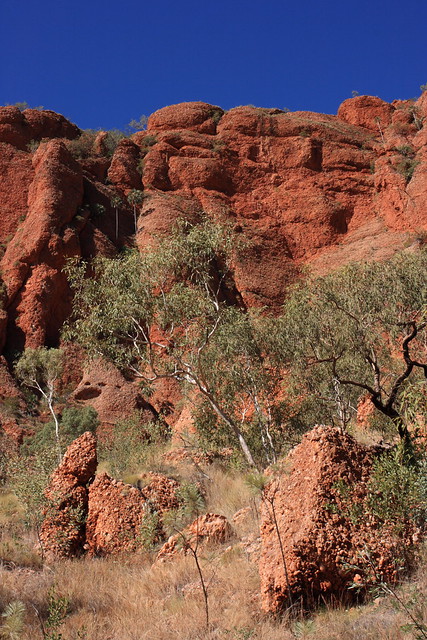 As soon as I hit the trail, I noticed that the gum trees disappeared, replaced by a grove of palms. 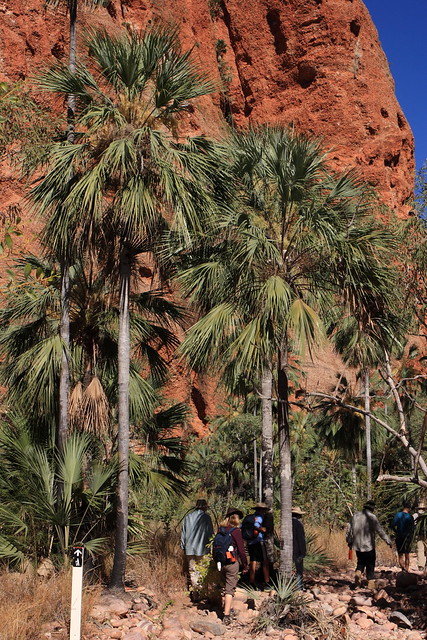 The trail led into Echidna Chasm, and pretty soon its walls were towering over me. The temperature also seemed to drop by 10C. 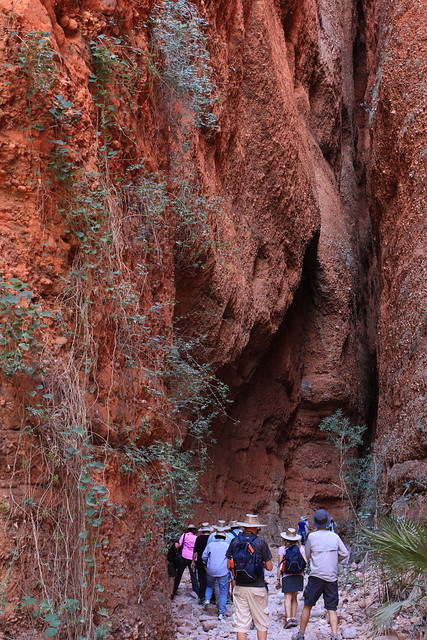 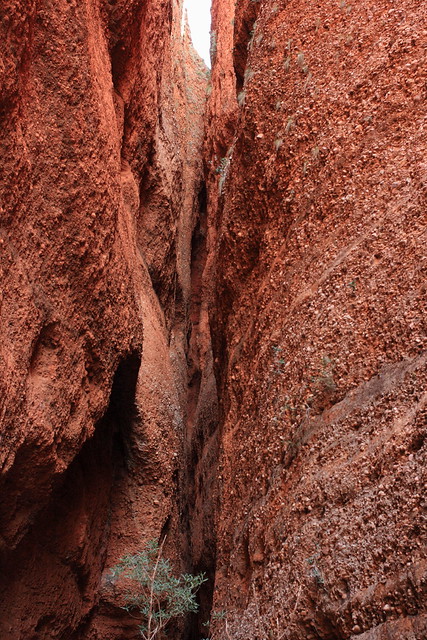 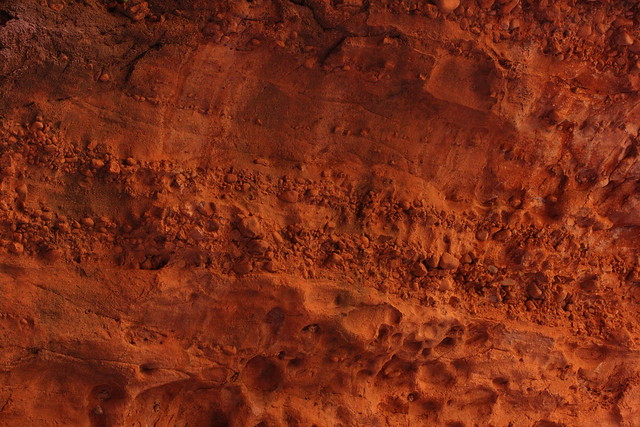 The path got narrower and narrower. Occasionally we got a glimpse of sky. 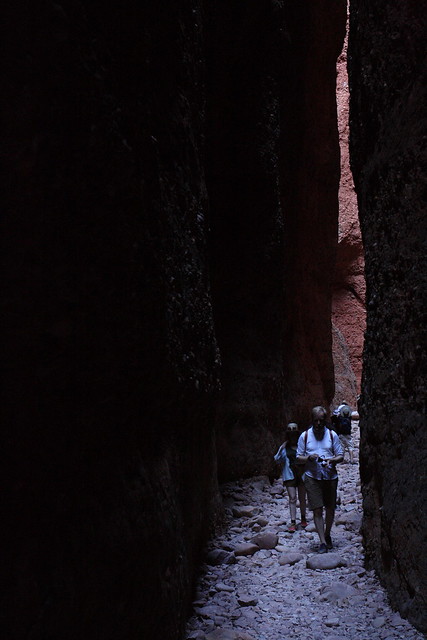 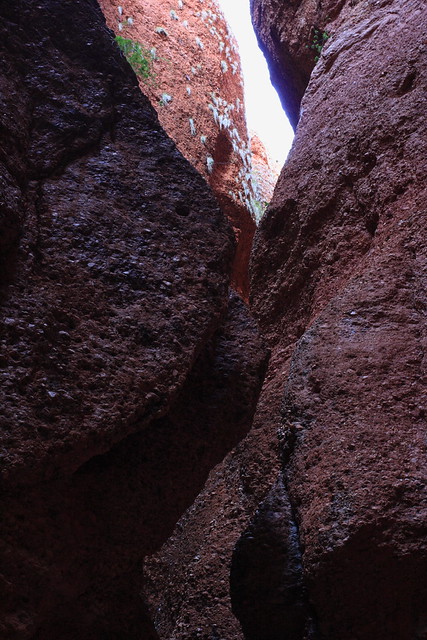 Pretty soon we were in murky darkness, clambering over boulders. 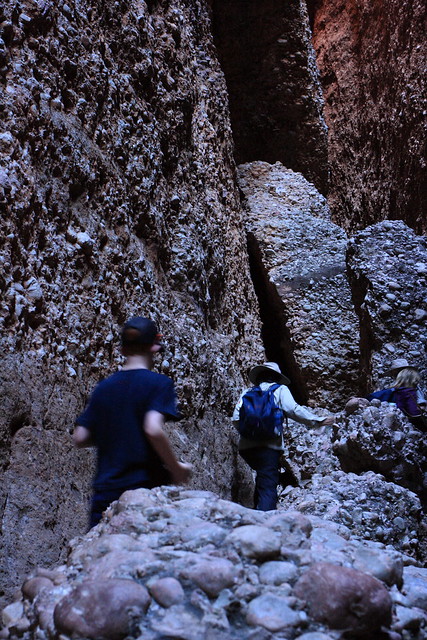 At the end, the chasm narrowed into a one metre wide space, and it was so dark that I wasn’t able to get a clear shot. I imagine that in the wet season the entire chasm would be under water. This isn’t a walk for the claustrophobic or with mobility problems! I was pleased to walk back to the entrance and catch a glimpse of sky. 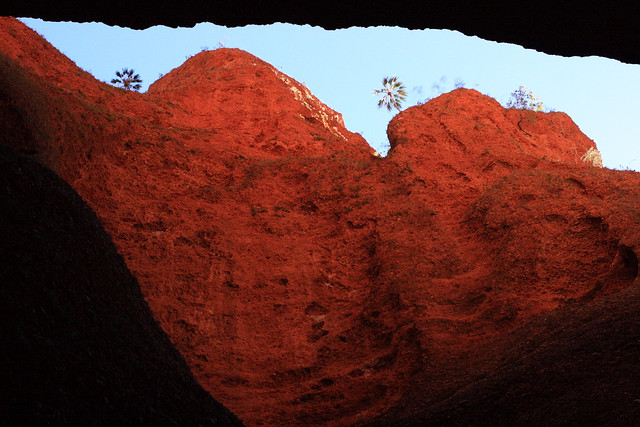