We leave Hout Bay via Chapmans Peak Drive and continued our journey to Cape Point. 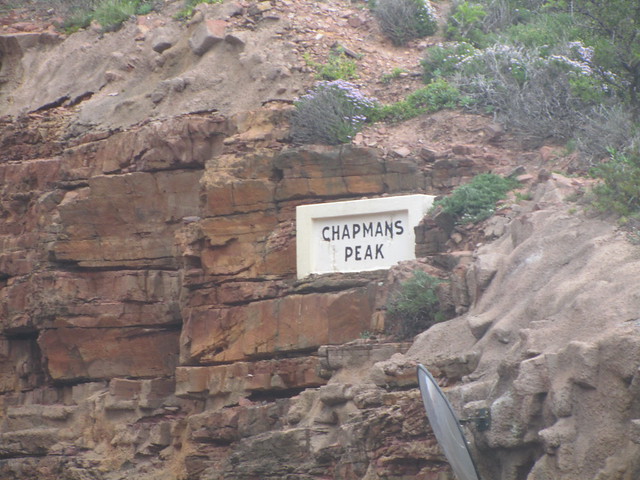 This two-laned road hugs the mountain-side and hence was spectacular, if a little freaky, what with convoys of tour buses going along it. 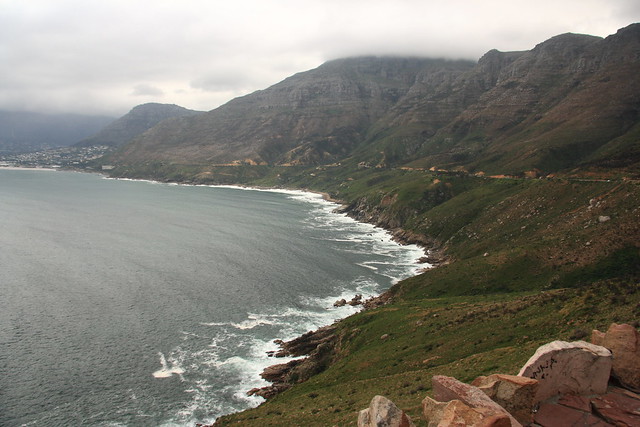 The pass road was hacked out by hand in the early 20th Century, and was regarded as a feat of engineering at the time. 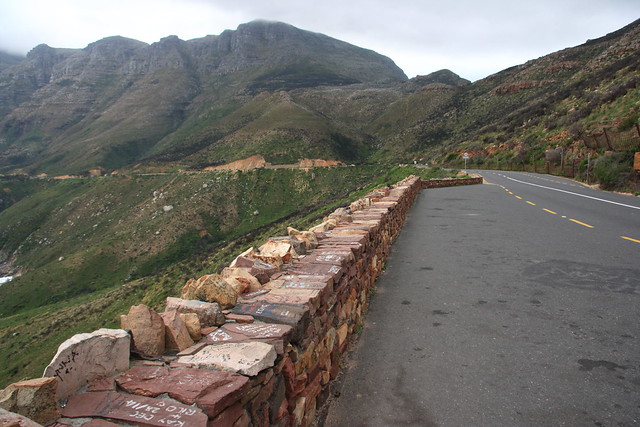 Half-way through we could look back across Hout Bay to the town. 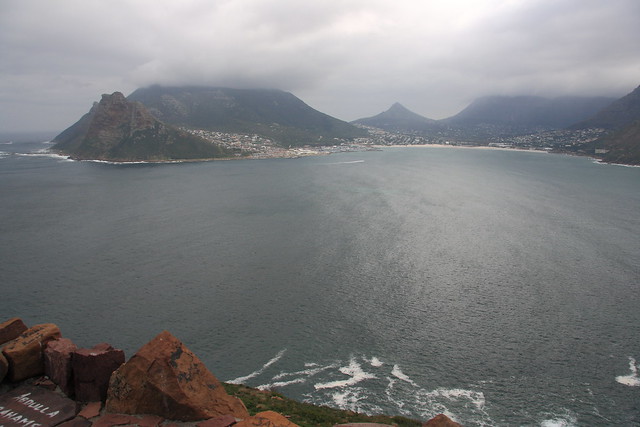 There’s still a long way to go to Cape Point though. Next, more animal attractions.