After braving a few waves, the rocky outcrop that was Duiker Island came into sight. 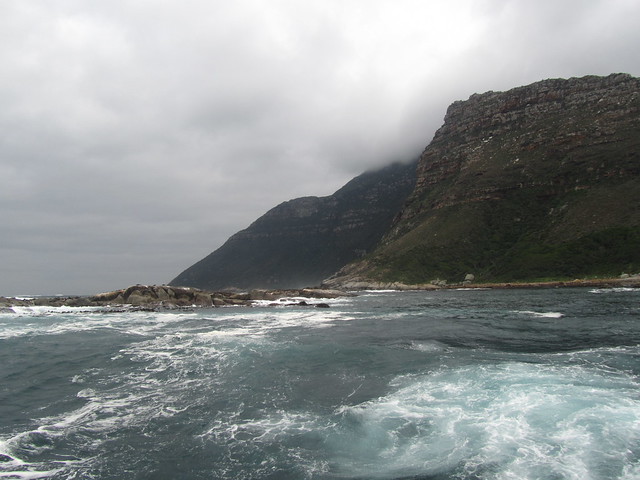 And on it were hundreds of mostly male Cape fur seals. They are closely related to the Australian fur seals found in Victoria and Tasmania. 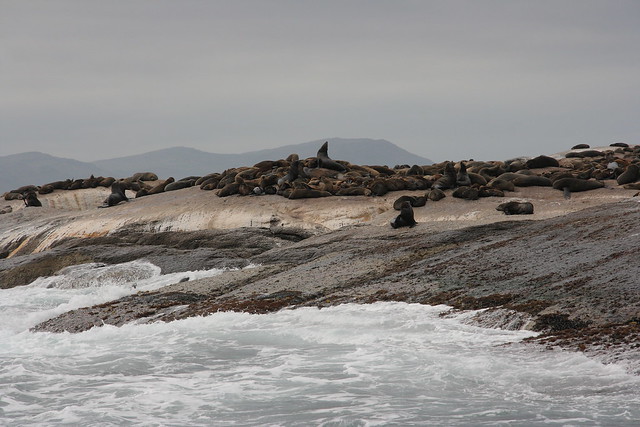 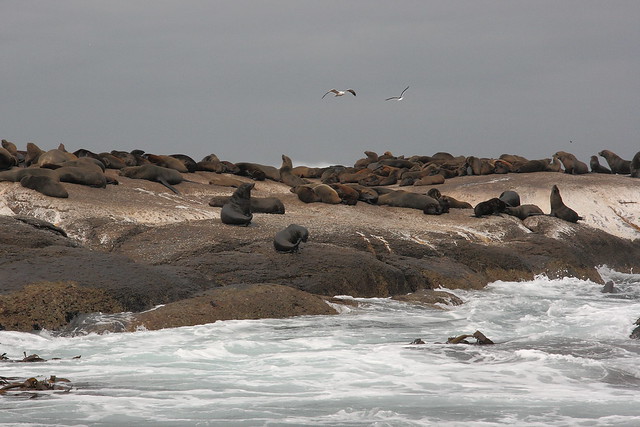 What a slothful bunch they were. We saw some frolicking in the water, but most were having their extended nap, away from the sights of the great white shark, whose waters they inhabit. 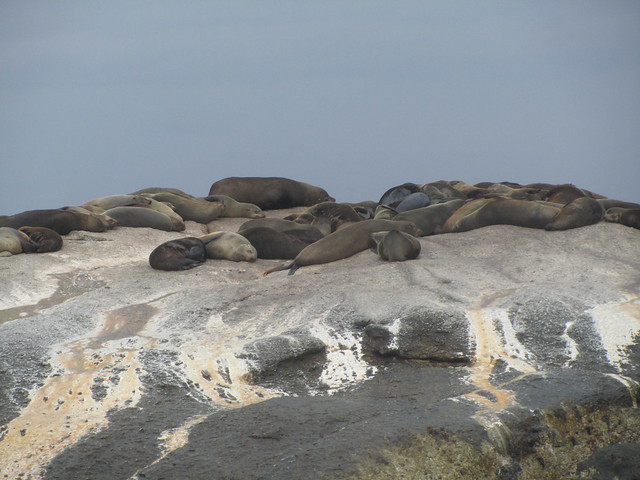 They certainly weren’t too perturbed by the gale force winds, swell and rain, that was for sure. What a life. 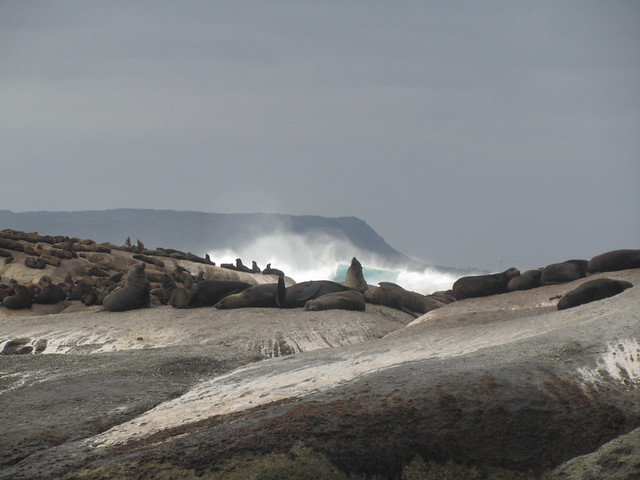 After taking a few shots, it was time to brave the Atlantic once more. 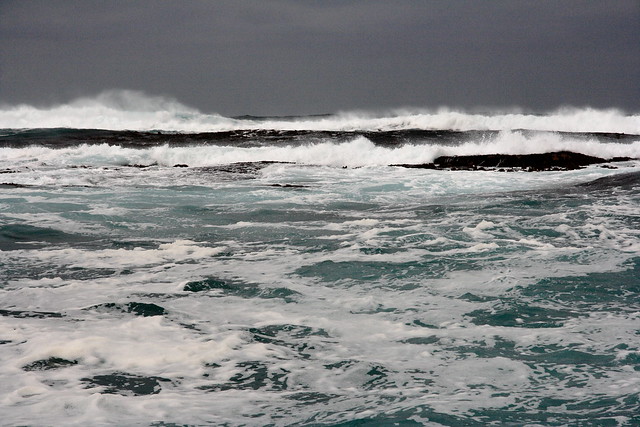 Look at those ominous waves. They’ll never make a sailor out of me!