This part of the Eastern Cape coast is famous for its surf, and Jeffreys Bay is the most famous (or infamous perhaps) of the lot. 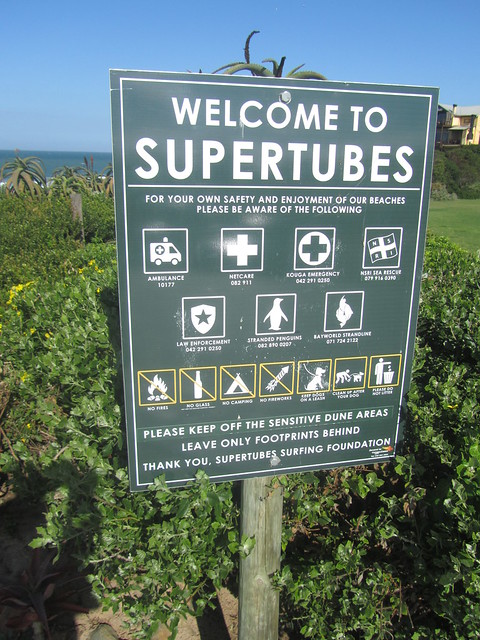 The surf at Supertubes in winter is so fantastic that they host a round of the world surfing championships here. Yes, this was where Mick Fanning got attacked by a shark! It’s all about the swell and the wind direction, the locals say. We came in Spring and the wind was coming from the wrong direction, so the surf didn’t look too fantastic. 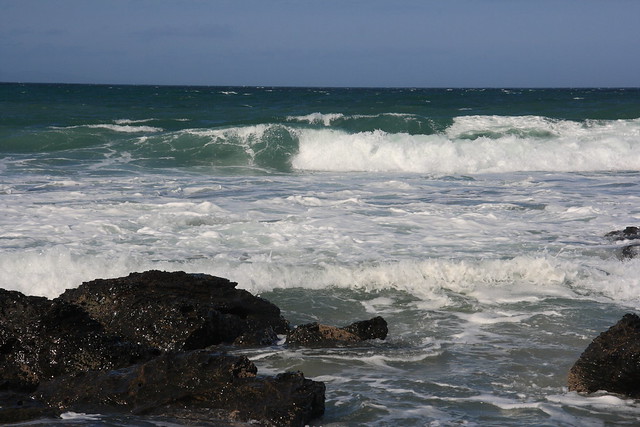 As for sharks, the locals say that shark attacks are rare along this stretch of coast, so Mick Fanning was a bit unlucky. It was good to hear that he returned to Jeffreys Bay a year after the shark attack and won the surfing tournament (without incident).