There were bigger creatures living in the monsoon rainforest.

Along a canal were a whole series of darter bird nests. These extraordinary bird love fishing, and can stay underwater for five whole minutes. 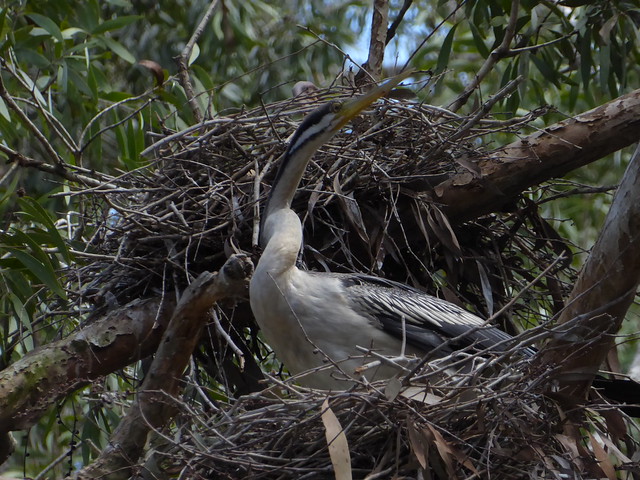 Not too far away lurked our one and only crocodile for the trip – a freshwater crocodile sunbathing on the sandy bank. 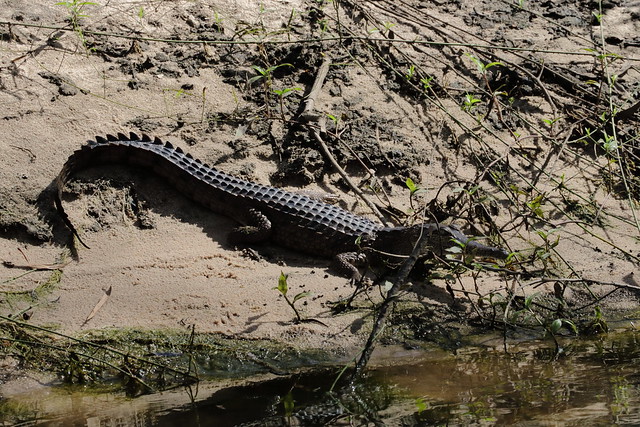 And on the lookout for prey. 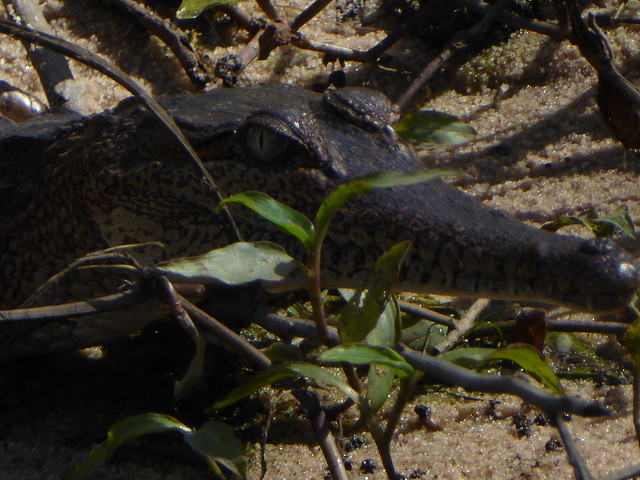 But the most magnificent site was the one we had of the white-breasted sea eagle, which we had interrupted having its breakfast. 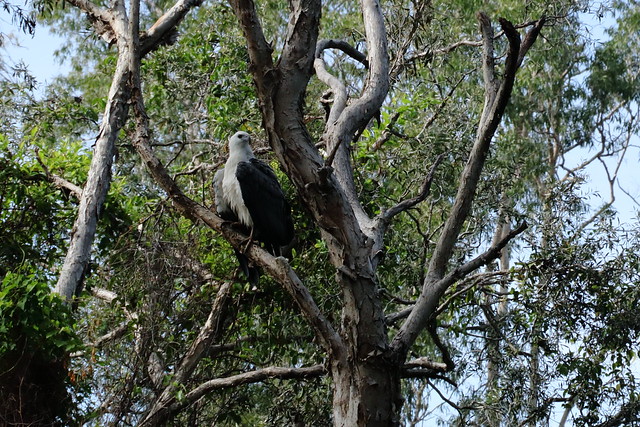 They may not be the largest bird of prey in Australia, but they were large enough for me. 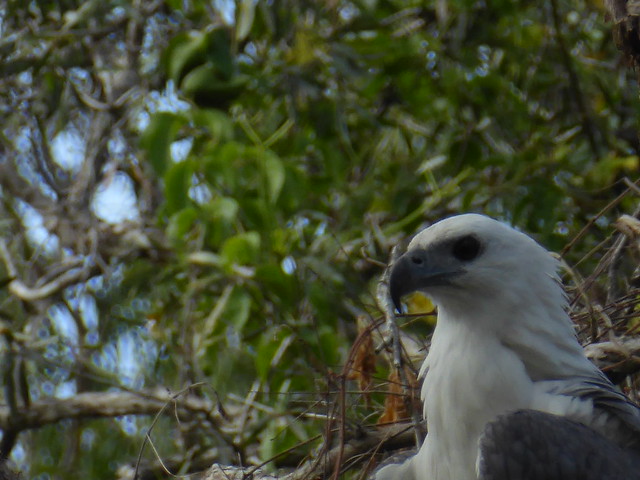