Land animals were always very important to the Amarak. During the last Ice Age, the ocean would have been more than 100km away, hence they would have relied on these animals more for food.

Wallabies were common in these parts as they lived among the rocks, and made a good feed. 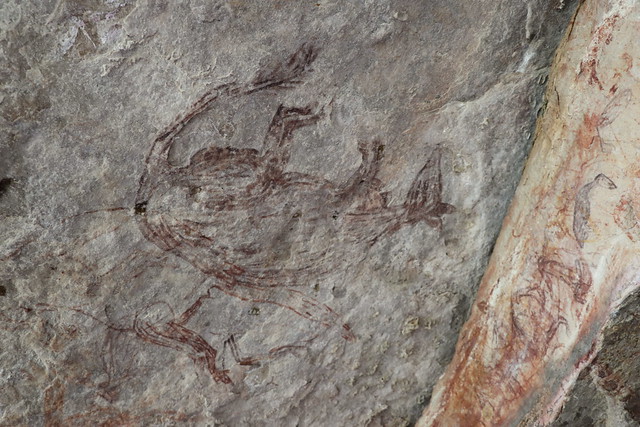 And goannas were often found up the trees and also made a good feed. 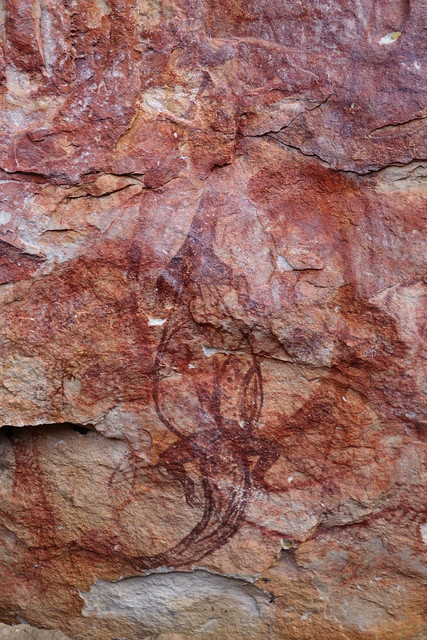 However, the walls also showed animals from long past. The thylacine (a.k.a. Tasmanian tiger) for example had lived in the area at one stage. You can quite clearly see its stripes. 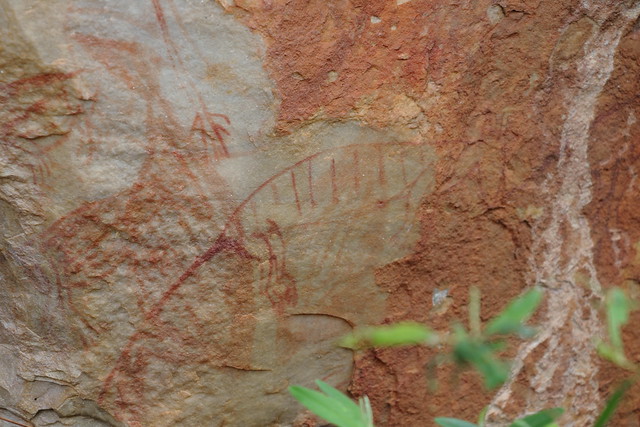 And what about this bird? Is it an emu, or some other extinct giant bird species? 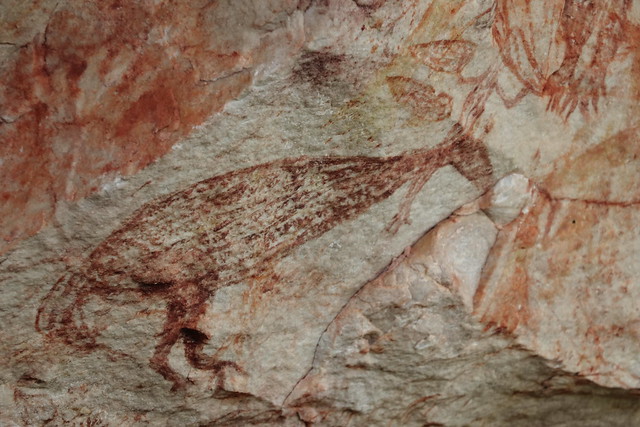