We returned to Darwin, the capital of the Northern Territory. I had been here once before, but only for a few days. We didn’t spend much more time this time around either, but we did see the newly created Waterfront. Aside from apartments and restaurants, it has a tiny beach (patrolled for crocs) and a much bigger wave pool. 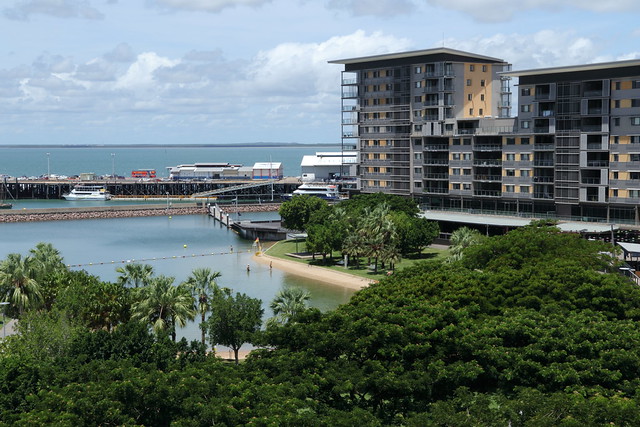 Most of the jobs in Darwin these days is in the resources sector, particularly gas. You can see the gas refinery across Darwin Harbour (the box-shaped structure on the horizon) from the city. 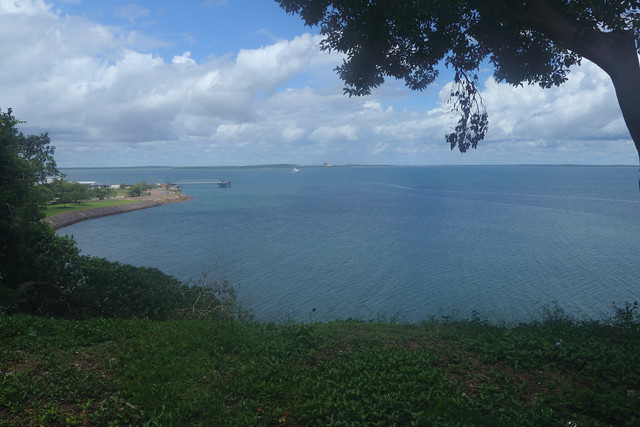 But Darwin’s history is very much tied up with two big events. The first was the bombing of Darwin in 1942, which was the climax of the film Australia. Above the shore was a modest war memorial dedicated to those from the region who died in service. 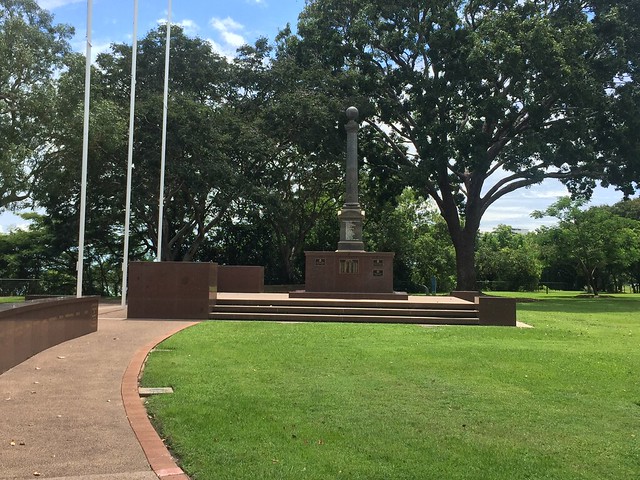