We are venturing out on one more walk in Golden Bay before we head off elsewhere. This walk is to the southern end of Farewell Spit. The spit forms the most northernly point of Golden Bay, and indeed, the South Island of New Zealand. It stretches out 26km into the sea, and being so exposed, it is the site of frequent whale strandings.

We didn’t venture to the far end of the spit as that requires a 4WD or a 6 hour tour. We did however venture to the end of another no-through-road and walked across some boggy paddocks. 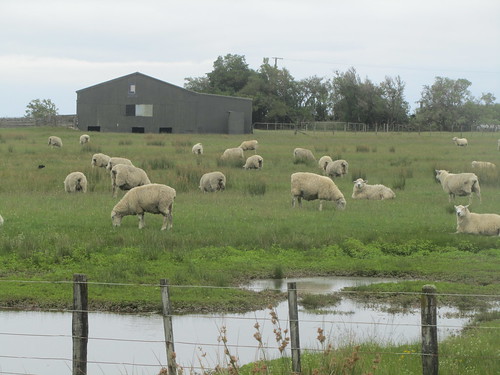 Between the sea and the paddocks are some low dunes. 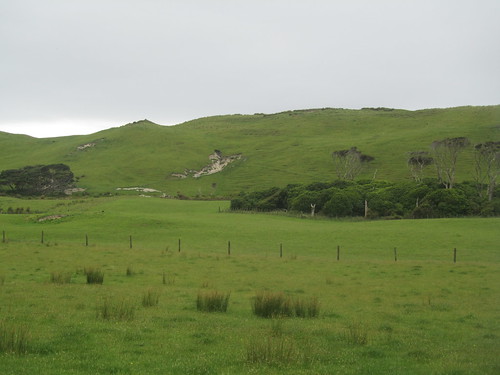 These trees give you an idea of how windy it gets in these parts (though it was pretty calm in the paddocks during our walk). 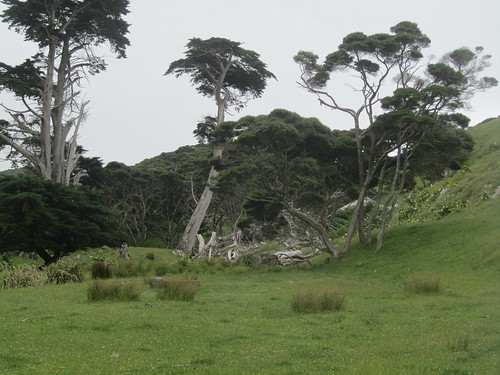