At Simon’s Town, on the Indian Ocean side of the Cape Peninsula and 27km south-east of Hout Bay, we visited some more animal attractions – penguins! 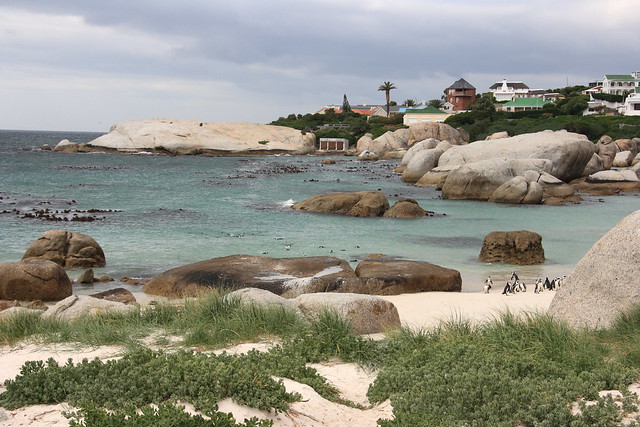 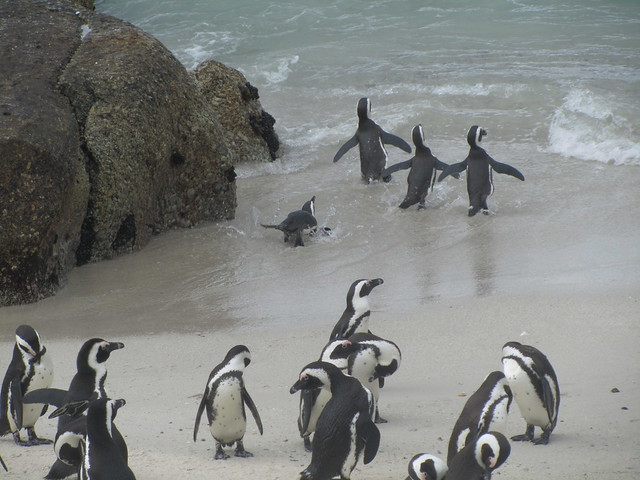 These African penguins live on Boulders Beach in the midst of a residential area as you can see. They’re a bit larger than fairy penguins, which are common to South East Australia. And unlike fairy penguins who generally come onshore only at dusk, these penguins were conveniently onshore all day. 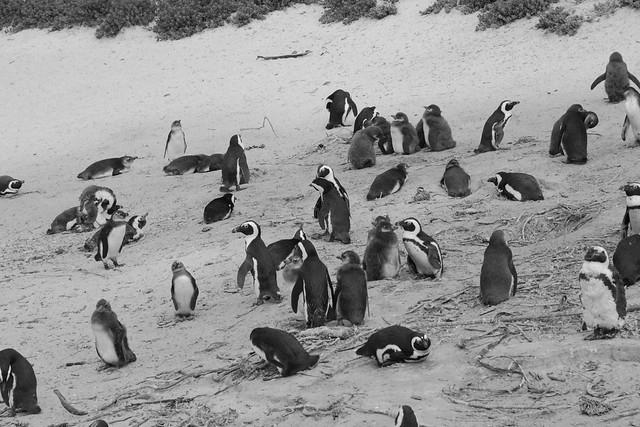 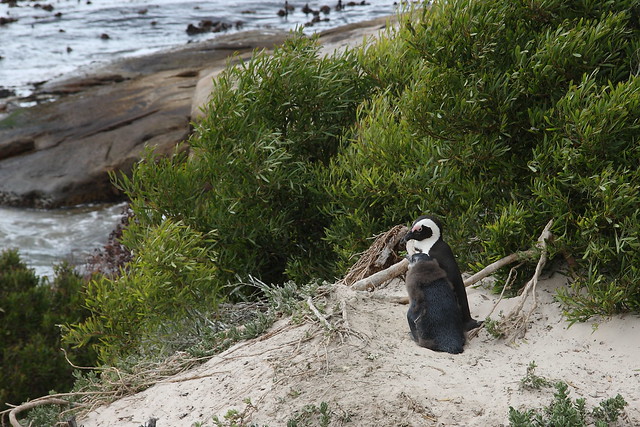 They’re pretty happy to be amongst humans, and having access to a great food source that is the Indian Ocean, they’re so happy that the colony has grown from 4 penguins in 1982 to 3,000! Consequently, a reserve was created for them and now it’s a very established tourist attraction. 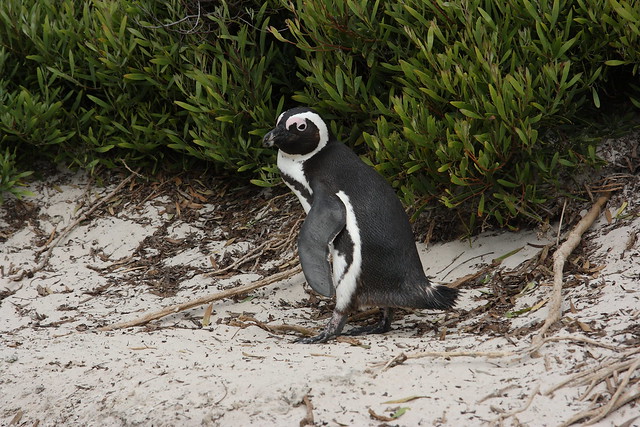 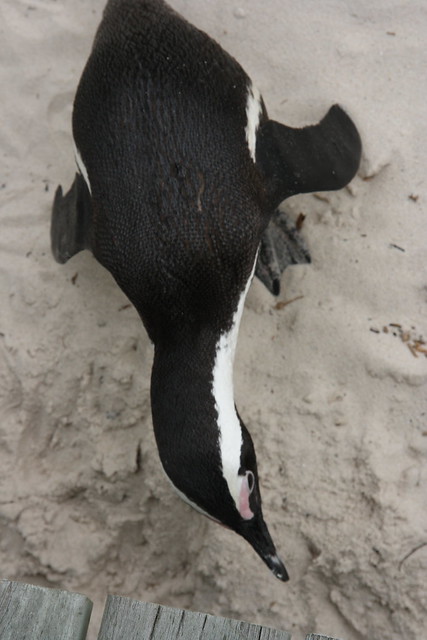 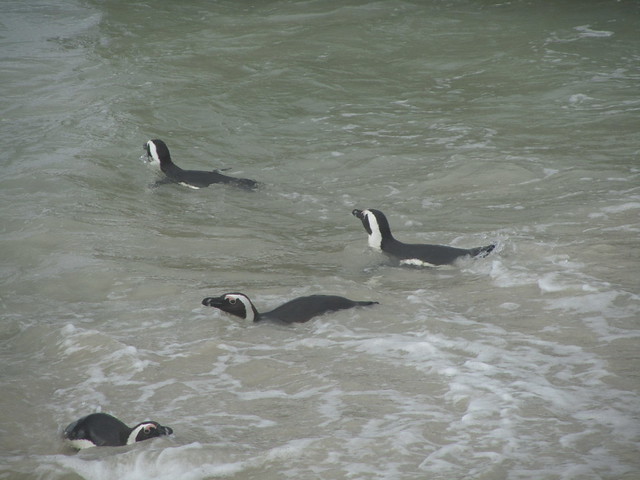 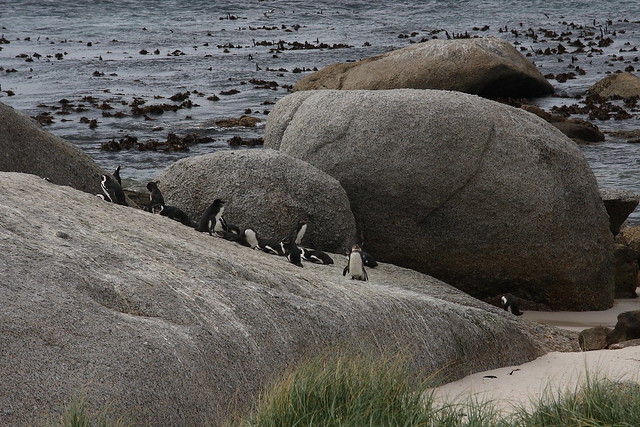 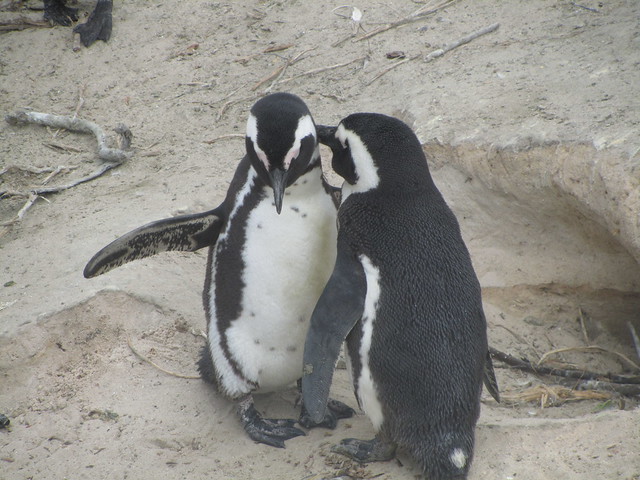 I could watch them all day, but we had other things to do and to see, so I had to say goodbye. 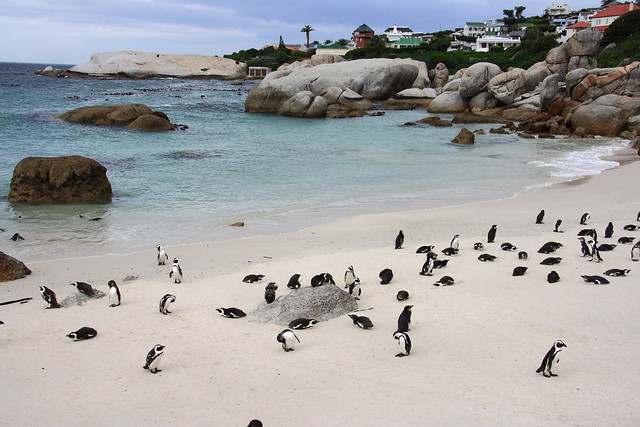