After Wyndham, we returned to those distant hills, and as we drew closer we saw that it was a sandstone range – the Cockburn Range. 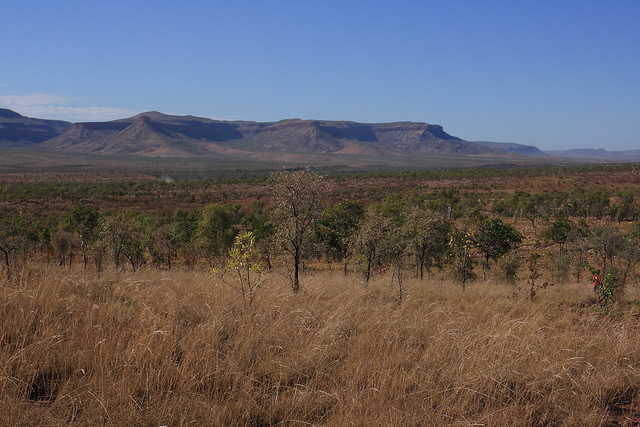 These mountains formed much of the backdrop to the first half of Australia – they’re very distinctive. It also lines the first part of the Gibb River Road – the 660km old drover’s route between the ports of Wyndham in the East Kimberley and Derby in the West Kimberley. We’ll travel down its entire length during the tour. 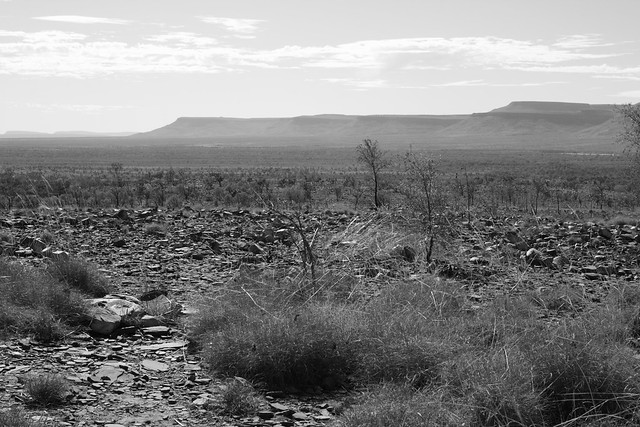 They’re so distinctive that it became my picture of the day – with the now obligatory boabs and a few whistling kites for good measure. 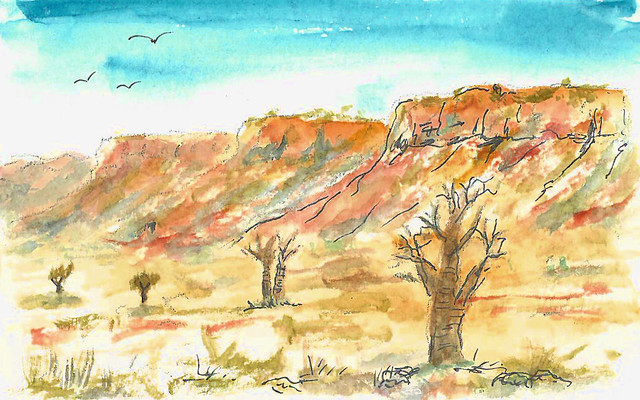