Our last stop the Oscar and Napier ranges, and our trip came full circle. The Napier Range downstream runs through Geikie Gorge on our first day on the road. This time around, we learned how each place related to the custodians of the land, the Bunuba people, and particularly learned about the history of their leader, Jandamarra.

Jandamarra was born in the 1870s just as the first pastoralists were setting up cattle stations in Bunuba country. He grew up being at ease in both camps, black and white, but many of his people weren’t so lucky and fell foul of white law which they didn’t understand. Blackfella law states that you are to share everything that you have, while white law is built around knowing whose property is whose. So the first people incarcerated for ‘cattle rustling’ were probably breaking the law unknowingly. They were chained and jailed in places like Lillimooloora homestead (now in ruins), where there was a makeshift police station. 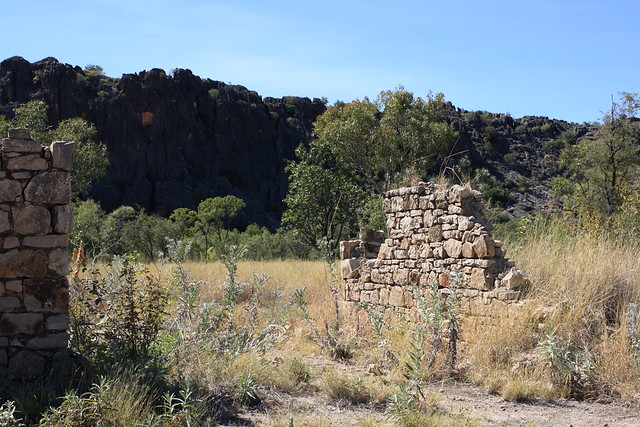 Then they were marched 113km to Derby, where they were housed in the prison boab outside of town… 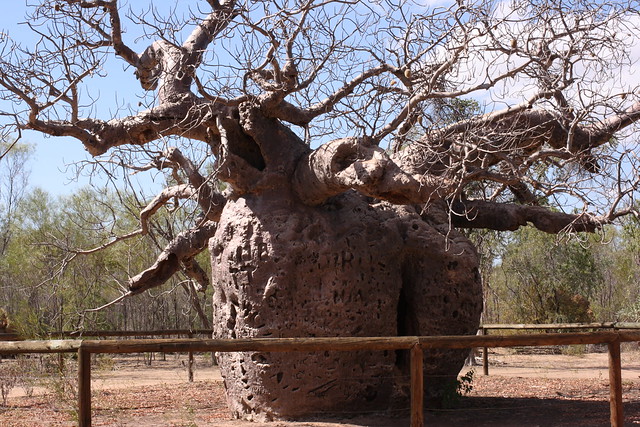 Or in the open air prison in Derby itself. 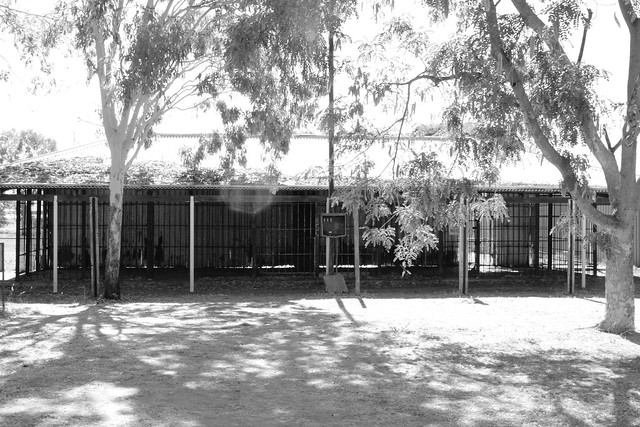 Jandamarra, who worked at Lillimooloora as a police tracker, must have seen some deplorable things done to his people.