We continue Jandamarra’s story at the Lillimooloora Police Station, where Jandamarra worked. Being continually exposed to the trials of his people took its toll. He killed his police constable while he slept and released the prisoners. Together, they planned to defend Bunuba land against all outsiders. Many being former stockmen, the rode and shot very well, and their knowledge of the country meant they were hard to even pinpoint as they waged guerilla warfare on the pastoralists. In retaliation, the police hunted down and killed many Aboriginals.

Things came to a head at Windjana Gorge, which we visited one hot afternoon. The cliff face loomed 100 meters above us. 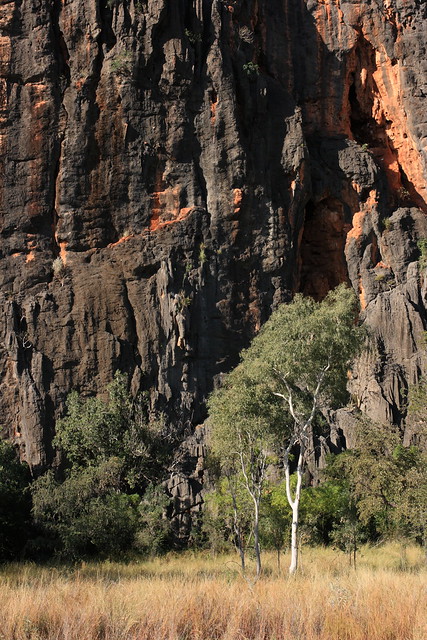 The kapok trees were in fruit and whistling kites were circling. 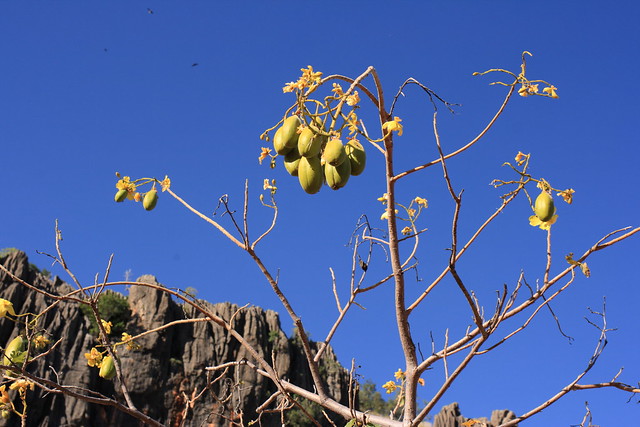 The entrance to the gorge was via a narrow crevice. This may have well been used in Jandamarra’s time 120 years ago. 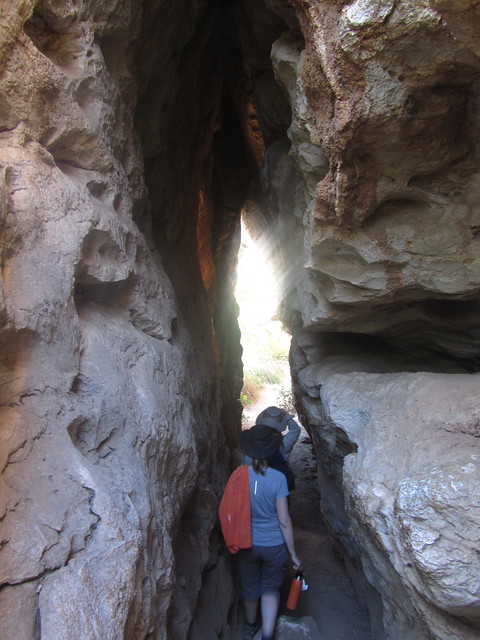 And the walls showed creatures that had lived in what was the Devonian equivalent of the Great Barrier Reef. 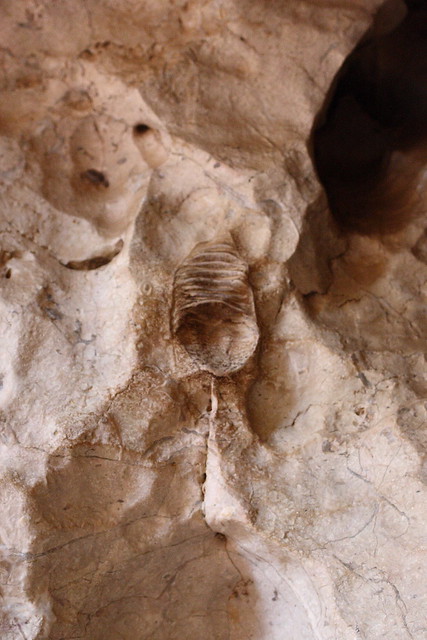