We explored the Ord River that morning on a cruise. It was a luxury to be the only cruise boat along its length, so that we could all appreciate the river and the early morning reflections. 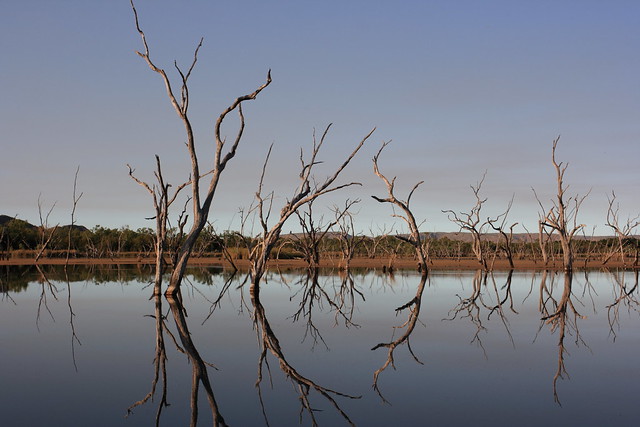 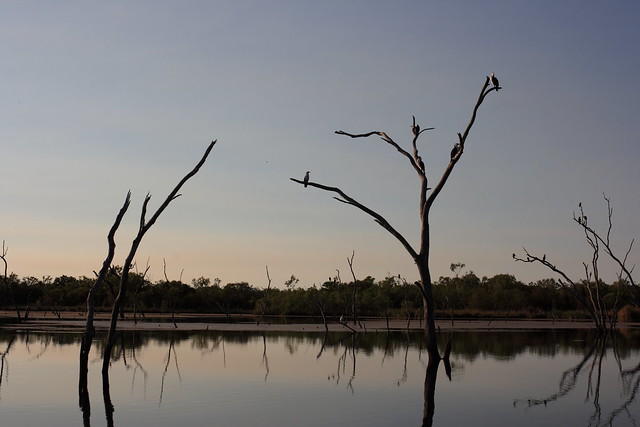 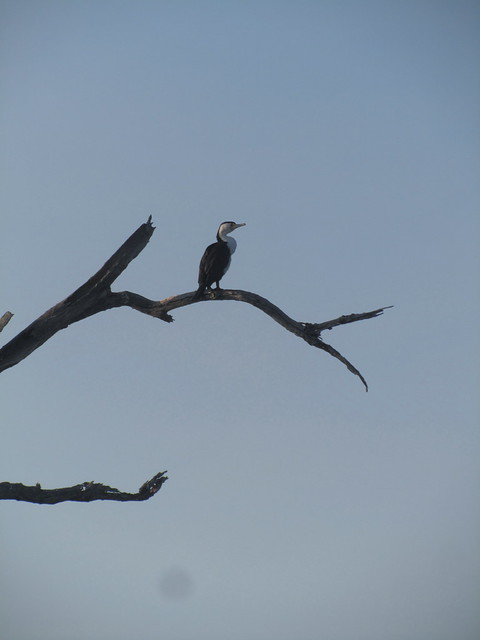 These scenes reminded me of those I saw in the Top End of the Northern Territory. Except at Kakadu we were sharing the lagoon with many cruise boats, while on the Ord we were practically the only ones on the river. On the way, the cruise guide pointed out the wildlife and told us about the history of the region. So pretty! 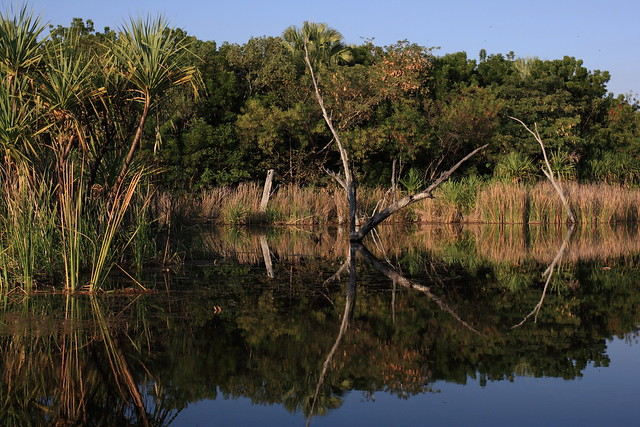 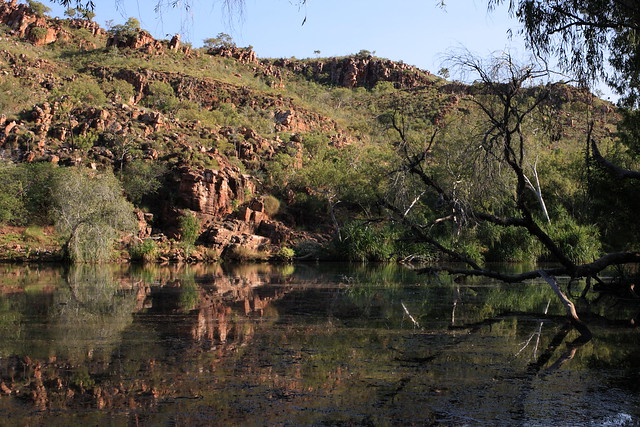 I’ve never been one to wake up with the birds, but a consequence of camping is that this was exactly what I, and the whole group, did for every day of those two weeks. We arose between 5 and 5.30am, whether we were scheduled to or not. It wasn’t a bad thing entirely, because I was able to watch a lot of lovely sunrises, like the one at our campsite at Kununurra, 250km north-east of the Bungle Bungles. 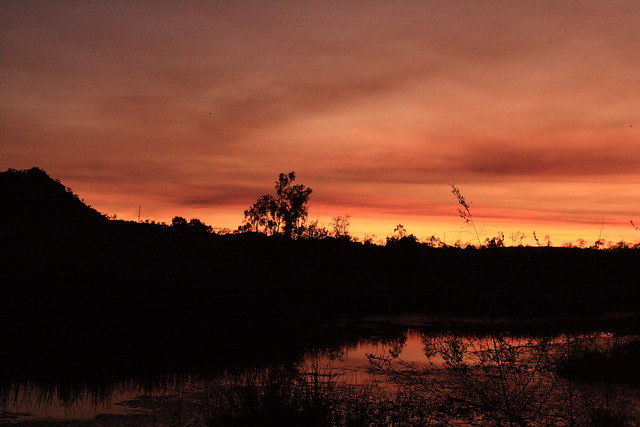 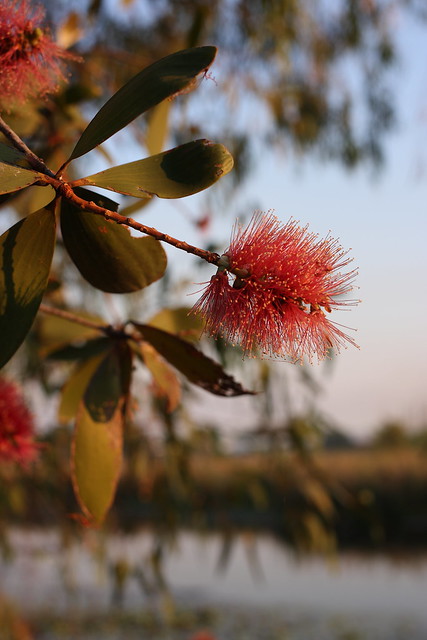 Kununurra is located by a lagoon that feeds into the Ord River, which we encountered near the Bungle Bungles. It’s a different place altogether, being more tropical in climate. There were a few houseboats, ready for a lazy cruise upstream. 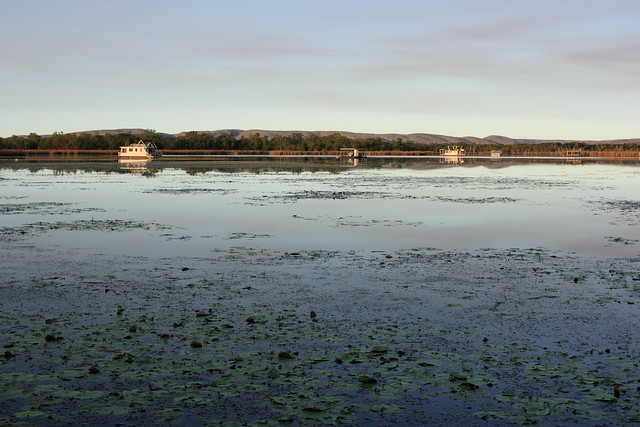 The waterlilies were about the blossom. 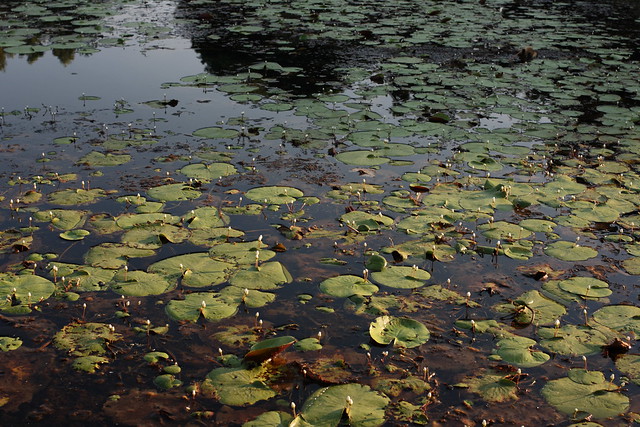 Kununurra is the centre for the Ord River scheme, which dammed the Ord in several places nearby in the mid-20th century, forming Lake Argyle, a reservoir that is more than 20 times bigger than Sydney Harbour. We’ll find out more about the lake and dam later on.