The next day we started our 14-day Kimberley Camping Safari with Outback Spirit. As we travelled the long road to Fitzroy Crossing, it soon became obvious that the Kimberley was a vast place. 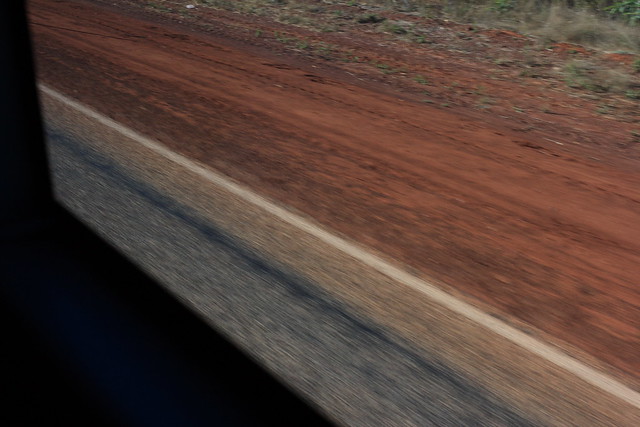 In the late afternoon we arrived at Geikie Gorge. It’s where the mighty Fitzroy River winds its way through the Oscar Ranges – remnants of a Devonian reef that formed 375 million years ago – in an age where land had not yet been colonised by animals, and where giant fish where the most complex life forms in the ocean. Nowadays it’s above water and lovely to cruise along in the late afternoon. 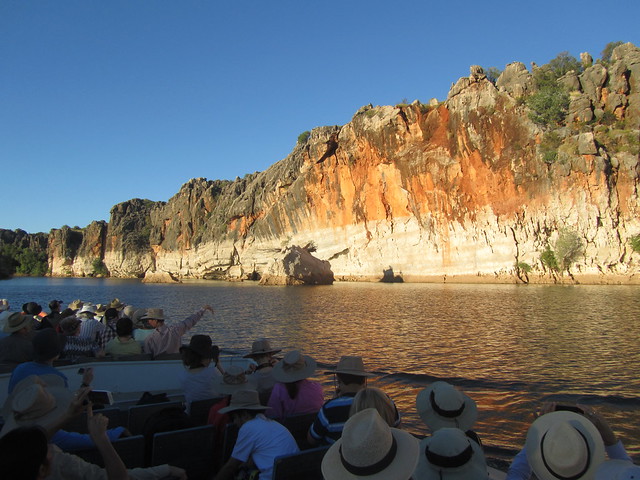 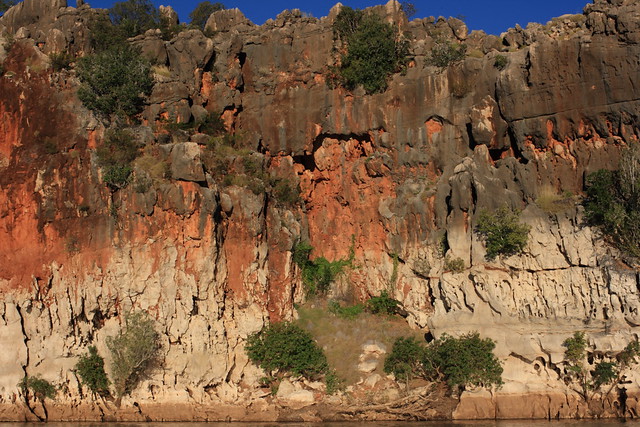 The white rock has been bleached by water during consecutive wet seasons. The red rock is the part of the reef that has oxidised (rusted) in the harsh climate. You can see that the water has carved some interesting shapes.

These pandanus palms can survive whatever the season, dry or wet. 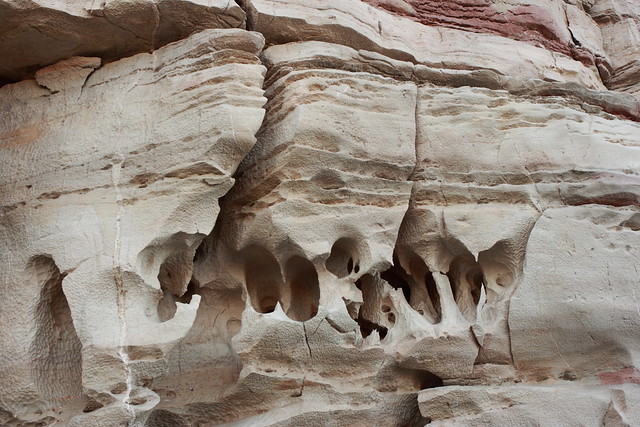 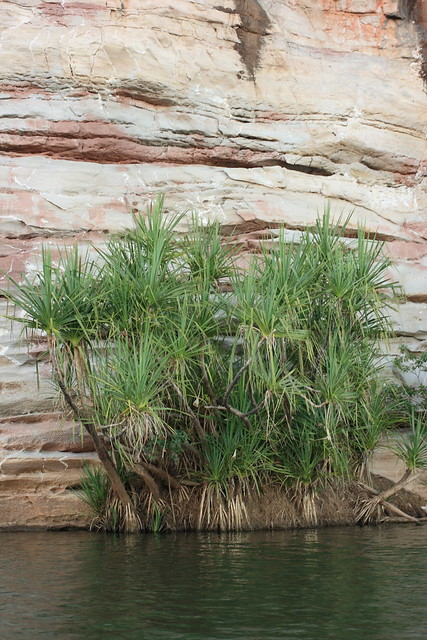 Soon the sun sets, and that’s when the rocks really show off their colours. 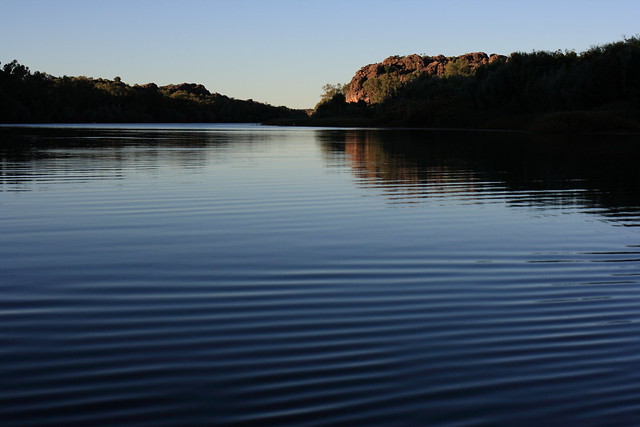 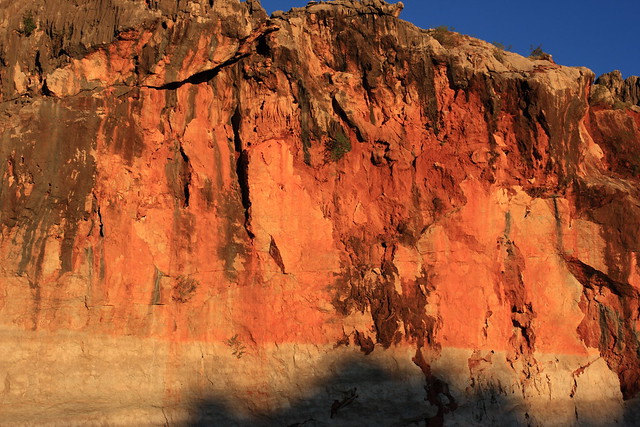