One of the most iconic sights in the Kimberley has to be the boab tree. They’re in many (although not all) areas of the north-west – and only the north-west it seems – and look like nothing else. Aboriginal dreaming stories tell of a too-proud tree that was taught a lesson by being forced to grow with its roots up, and with many trees bare, you’d be forgiven for thinking that they’re dead. This is one of the biggest specimens we saw – more than ten metres in circumference. 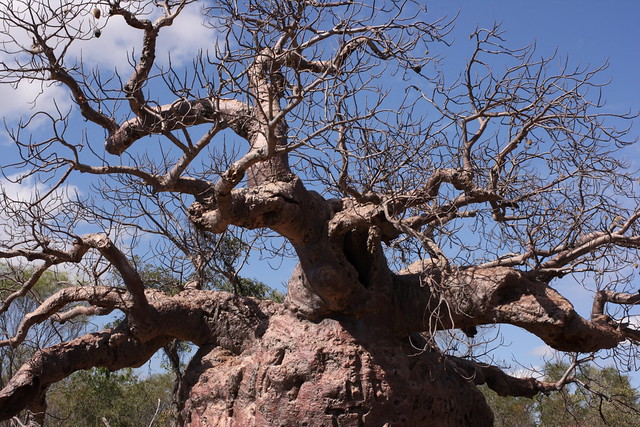 But despite their looks, boabs are full of life. Their roots hold water and can be eaten, their barks are medicinal, and their nuts, although seemingly bland, are full of vitamin C. I don’t think the indigenous people of the north-west would ever suffer from scurvy! 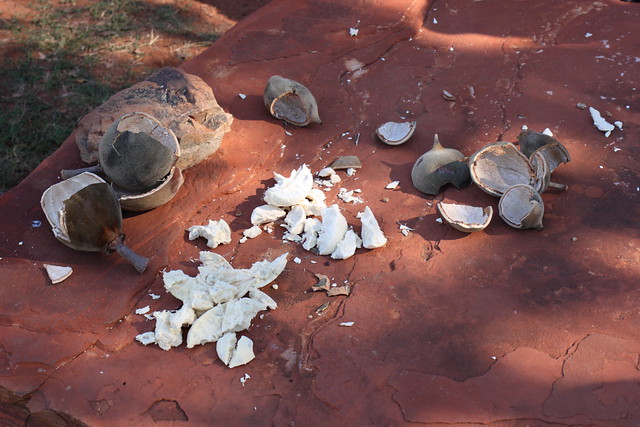 Early on in the tour, we were introduced to the boab nut and had a go of eating it. They’re as dry as toast at first, but the longer you leave it in your mouth, the more flavoursome it becomes. The taste I think is a little bit like tamarind! It can even be incorporated into jams and chutneys. Perhaps this is another bush food that might take off? 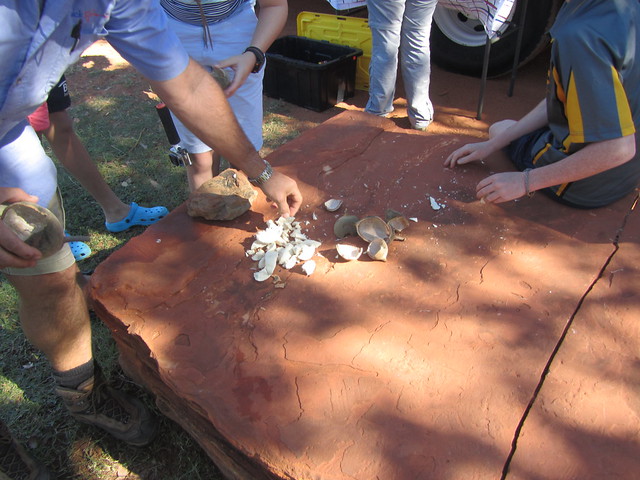