We’re on the final stage of Jandamarra’s story. After being severely wounded in the siege at Windjana Gorge, Jandamarra retreated into the hills and caves that he knew around the Napier Ranges. One of his hideouts was our next destination – Tunnel Creek. It was from here that he conducted more of his raids on the surrounding properties. The local police for years after had trouble locating him. We’ll soon see why.

We walked along a sandy track, and then around large boulders, down to the cave entrance. 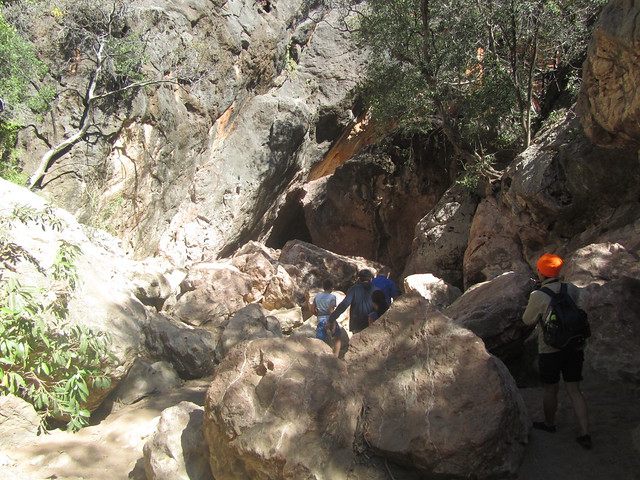 It was cool, wet and sandy inside the cave. In fact, a creek flowed through it (hence the name). It’s a sanctuary also for freshwater crocodiles in places, though we didn’t see any. 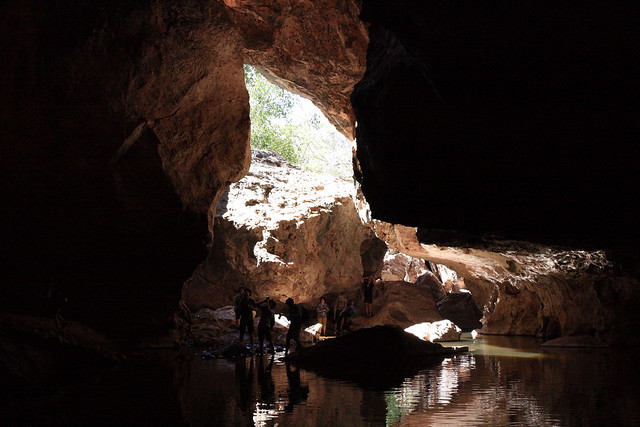 The deeper we walked into the cave, the more interesting the cave formations were. There were even some micro bats living in the rafters of some places. 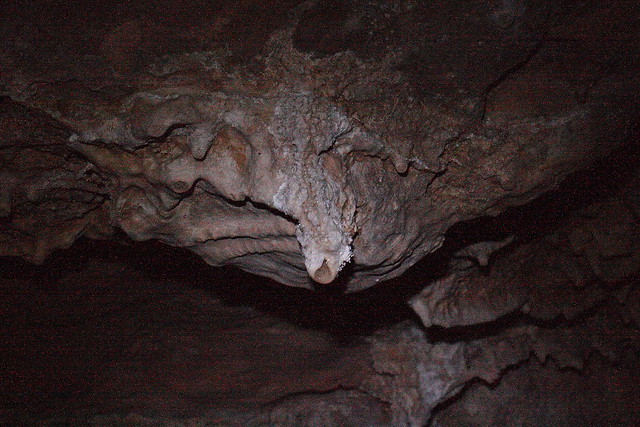 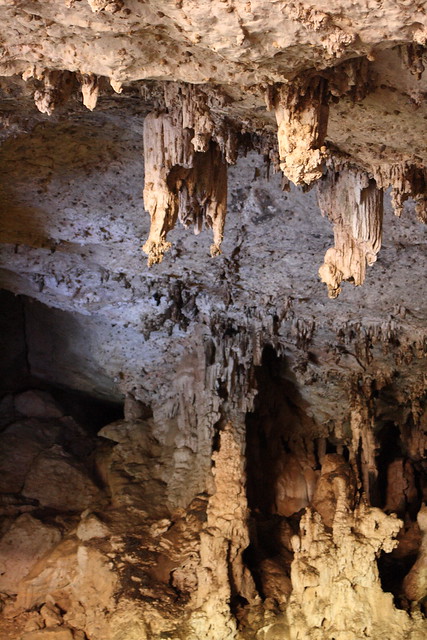 Half-way through, there was a part of the cave that had fallen in, giving us a glimpse of daylight. 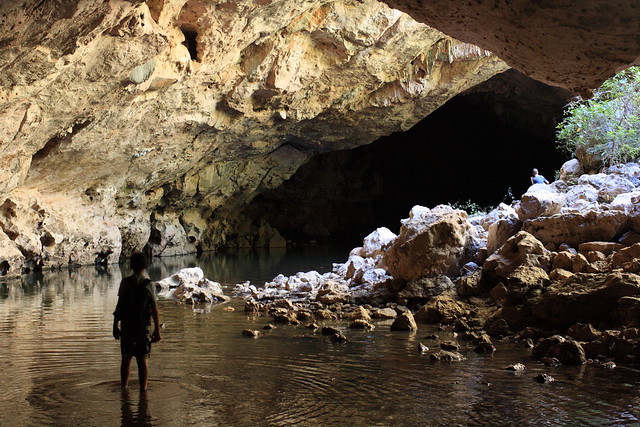 And then more daylight – we reached the opposite end and had walked right through the Napier Range! Obviously, Jandamarra used this place to great effect after his raids. So effective was he many people thought that he held supernatural powers. 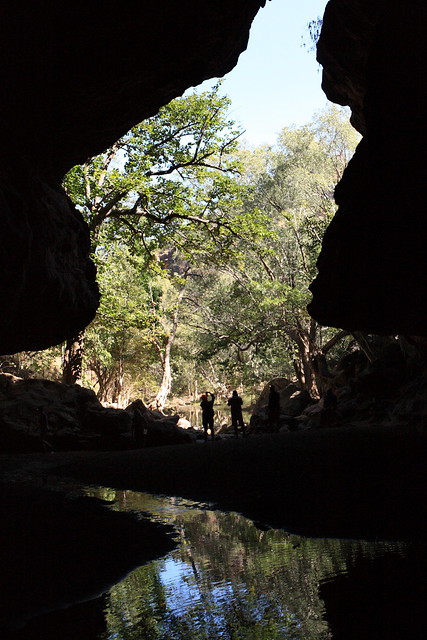 But he eventually ran out of time. The police eventually found his hideaway, and he was shot dead at the entrance of Tunnel Creek. He might have died almost 120 years ago, but his story has not been forgotten by the Bunuba people. Now others have the opportunity to learn of this piece of Australian history. 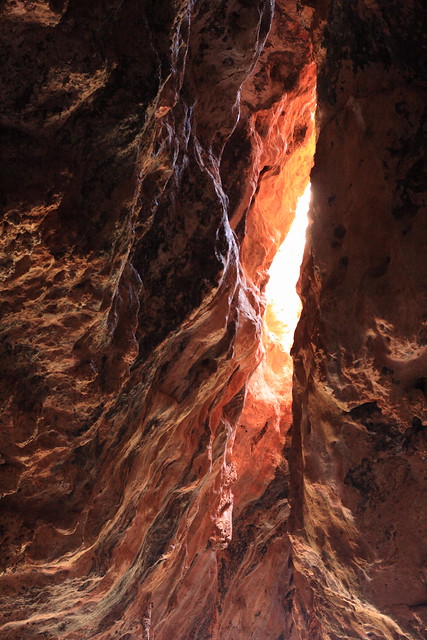